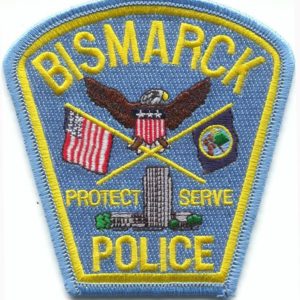 The rhetoric used by protesters on Facebook and other social media profiles shows the divides between not only the protesters and police, but also between the protest camp and the Standing Rock Tribe itself. In the past several weeks, Standing Rock Chairman Dave Archambault has taken steps to repair relationships with state officials. That goal is not shared by protesters at the camp, who continue to violate a de-escalation agreement between police and the tribe.

Altercations continued throughout the week on Backwater Bridge, just outside of the protest camp. The bridge has been closed since October, when police pushed protesters off of private land. In January, the tribe reached an agreement with area law enforcement. Both sides agreed to withdraw from the bridge and law enforcement agreed not to continually staff the barricade, hoping that the agreement would reduce the number of altercations between police and protesters, a necessary step to the reopening of the bridge. However, many at the protest camp have been uncooperative.

Wednesday marked the third consecutive night of provocative protest activity. Twenty-one people were arrested. From Monday through Tuesday night, an additional 14 people were arrested near the drill site and on the bridge, making the week one of the most contentious of the new year.

“Last night our officers faced the same type of hostility and aggression that we have been subjected to for the past six months,“ said Mandan Police Chief Jason Ziegler on Thursday.

“Rioters once again violated their December agreement to stay off the Backwater Bridge as they set fires and assaulted officers using a variety of materials including ice chunks, rocks, and other home-made projectiles,” he continued.

In a press release, the Morton County Sheriff Department described how protesters began assembling on the bridge around 6:45 pm Wednesday night. By 8:30 pm, they numbered roughly 150 people, who then proceeded to further block the bridge by erecting two tipis and starting several fires.

The construction of the tipis specifically violates the previous agreement between the tribe and the police, which specified that protesters would not attempt to build any structures on the bridge in exchange for police pulling back.

Posts from protesters about the altercations do not acknowledge the agreement at all, instead placing blame squarely on police, even while admitting to actions that ran against the agreement.

“Last night a group of young men put a tipi up on the road on our side of the bridge. Signifying our continued fight for treaty rights. The police then crossed the bridge and tore down our sacred home and took the poles,” wrote Nataanii Means on Facebook.

“The police reacted in violence last night. They reacted to prayer in violence. Like always. We have NO WEAPONS,” he continued.

Means’s post describes how protesters remained on the bridge despite police telling them that crowd control tactics, including tear gas and rubber bullets, would stop if they returned to the other side of the barricade. Instead, Means insists that the actions were “prayerful.”

A video posted by another protester shows a group of protesters yelling at and running towards a group of police officers with riot shields. Protesters taunted police, telling them to “come this way,” and “throw it!” and also shouted slogans, including “I can’t breathe.” Members of the group whoop and holler as police throw canisters of tear gas.

Despite the efforts to remove them, protesters remain committed to staying in camp and on the bridge. Statements from the protesters show that their aims continue to diverge from those of the Standing Rock tribe and local residents. The tribe would like the bridge to remain clear and peaceful in order to allow it to reopen to car traffic as soon as possible. On January 12, after the results of the safety study, Archambault reaffirmed his commitment to keeping protest activities away from the bridge so that it could be reopened as soon as possible.

“Our best course of action to ensuring that the bridge will open as soon as possible is to keep the bridge clear,” he said.

At that time, he also made it clear that any continued actions or protester presence on the bridge was likely to prevent its reopening. His concerns were echoed by residents of the Cannon Ball, ND district during a meeting on Wednesday night.

At the meeting, area residents met to voice their concerns about the camps and draft a resolution asking the protesters to leave.

“All the individuals at all the camps in and around Cannon Ball need to leave the district,” residents wrote in the resolution.

Residents expressed their frustration with the protest, and specifically with the closure of the Backwater Bridge. For many, the bridge was the primary route from home to work or doctor’s appointments and rerouting around it has lengthened everyone’s drives.

The protesters, however, remain unfazed and vow to stay in the area and on the bridge despite repeated requests to leave from the police, the state, and the tribe.