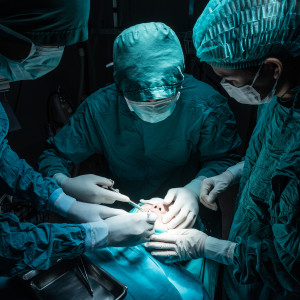 Medical science spends time and treasure preventing human organs from failing and then coping when they do. Sometime this century, medicine may achieve the ultimate game-changer — construction and implantation of replacement organs with no need for donors or fear of rejection.

That goal may be decades in the future, but a Texas start-up company hopes to take a significant intermediate step toward that dream. In the next few years TeVido BioDevices hopes to grow a mastectomy patient’s cells into a living nipple-areola combination and transplant it onto her reconstructed breast.

TeVido CEO and co-founder Laura Bosworth says: “Hearing the words ‘You have breast cancer,’ can be devastating. A mastectomy, which is essentially the amputation of the breast, has a major impact on a woman’s self-esteem. At TeVido, we want to heal the whole woman, not just remove the cancer.”

Transplants began with skin autografts in the early 19th century. In the 20th century, transplants across individuals and from animals proliferated. Usually, however, lifesaving transplants depend on donors dying or altruistic living individuals donating their own organs. Today, nearly 125,000 Americans await donors; lucky recipients face a lifetime of anti-rejection medications. Eighteen people die every day for lack of transplantable organs.

For these applications, printers use a glue-like substance as material. But they can also use biological substances. In 2015, the FDA approved the first 3D-printed pharmaceuticals. TeVido’s technology will print layer upon layer of the patient’s own cells to build the new nipple and areola.

The challenge in 3D printing organs is that from the moment the first cells are laid down, they need constant enrichment by blood or blood substitutes. No one has yet figured a way to print functioning vascular systems and begin the flow of blood while the machines build organs layer by layer.

Many years may pass before we see 3D-printed lungs or hearts. But the nipple is in principle thin enough to survive the printing process, yet thick and complex enough to constitute a significant step toward the regeneration of larger organs.

The first step is printing and implanting naturally pigmented skin, replacing the current practice of tattooing a synthetic areola. The second, more challenging, step is to print layers of fat behind the nipple, necessitating a capillary system. Bosworth hopes TeVido will begin clinical trials on pigmented skin within two years and fat layers within five years.

Bosworth typifies the increasingly interdisciplinary nature of medical research. She was a metallurgical engineer and worked for decades in manufacturing and software development for IBM and Dell. Her shift into bioengineering was accidental. While doing volunteer work for the University of Texas at El Paso, she met TeVido co-founder Thomas Boland, whose research became the foundation of bio-printing.

Engineering challenges aside, Bosworth notes obstacles lie in reimbursement and regulation. Public and private insurers resist reimbursing medical providers for services labeled “cosmetic,” even if the effect on mental health is profound. Uncertainty over what will be reimbursable years out frightens away potential investors.

The other potential obstacle to technologies like TeVido’s is uncertainty surrounding the FDA approval process. Bosworth notes the pathway to approval — the rules an innovator must follow to pass muster — are often unclear and fluid. This discourages investors, who are unable to adequately assess the investment risks. Other countries (Bosworth mentions Japan) have a much more flexible, predictable regulatory process.

If TeVido achieves its mission, Bosworth expects the immediate effect to be more on quality of life than on cost-cutting. Breast reconstruction, she says, is too personalized to achieve the massive scaling she experienced in computing. But success would be a real step toward the eventual goal of large-organ reconstruction — which could, in fact, affect not only quality of life but also the burden of cost.