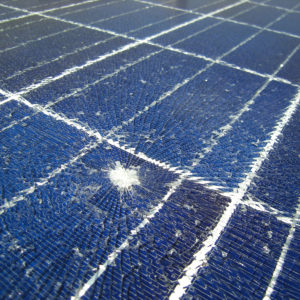 In January, months of industry pressure came to naught, as President Donald Trump announced that the U.S. would enact protective tariffs on solar panels and imported crystalline silicon photovoltaic cells. The announcement marked the final step in an International Trade Commission investigation started by complaints from two solar panel companies: SolarWorld and Suniva. During the comment period, the solar industry at-large argued that the economic woes of these two companies were the result of poor business decisions, rather than unfair foreign practices, and that a tariff would hurt, rather than help. More than four months later, their analysis appears to be coming true, as both SolarWorld and Suniva are struggling to stay afloat, even with the help of tariffs.

Last week, SolarWorld announced that it would be purchased by SunPower, a Silicon-Valley-based company manufacturing solar panels. Full details of the deal have not been released and it awaits approval by American and German regulators. The companies have emphasized that the deal would reopen an Oregon manufacturing plant that had been previously closed.

“The time is right for SunPower to invest in U.S. manufacturing, and SolarWorld Americas provides a great platform for us to implement our advanced P-Series solar panel manufacturing technology right here in our home market,” said Tom Werner, SunPower CEO and chairman of the board on Wednesday. “P-Series technology was invented and perfected in Silicon Valley, and will now be built in SolarWorld Americas’ factory, helping to reshape solar manufacturing in America.”

The purchase came after SunPower attempted to avoid the tariffs by arguing that its copper-plated, interdigitated back contact technology is substantially different from other solar cell technology and should be exempt from the tariff restrictions. Several other companies joined them in the request for exclusion filed after tariffs were announced in January.

To many observers, the purchase of SolarWorld looks like an attempt to encourage the Trump administration to approve the exemption by demonstrating that SunPower is committed to domestic manufacturing. Much of SolarWorld’s current production occurs in Mexico and the Philippines, but with the SolarWorld acquisition, they plan to manufacture cheaper “P-series” domestically.

Werner, in an interview, admitted that the tariff was a key reason behind the purchase.

“There are in fact tariffs, and the tariffs influence both the political environment and the economic environment,” Werner said. “And then there is our conclusion, after meeting with the administration over the last several months, of their strong desire for American solar manufacturing.”

He said that tariffs will cost SunPower somewhere between $1.5 million and $2 million per week, money that could otherwise be invested in domestic R&E or manufacturing.

Travis Hoium, a writer analyzing the financials of the industry, says that the value of a tariff exclusion would likely be enough to cover the purchase. According to Hoium’s analysis, such an exclusion could net SunPower a “$100 million annual windfall for the company — entirely justifying the (undisclosed) price it’s paying for the business.”

Like SolarWorld, Suniva also filed for bankruptcy protection, just before the tariff petition went before the ITC. As the industry has been fighting the tariff, Suniva’s bankruptcy case has been working through the courts. Last week, a judge granted a request by the company’s creditors that they be allowed to sell a portion of the company’s solar manufacturing equipment through a public auction.

Suniva has not restarted solar panel manufacturing at its American factories since Trump’s tariff announcement and currently owes more than $58 million to SQN Capital Management. SQN is hoping that the judge’s decision will allow them to find a new source of capital for the company. In its request to the judge, SQN was blunt about Suniva’s prospects, saying that it saw “no reasonable possibility of a successful reorganization within a reasonable time” and that the company’s capital needs were beyond what SQN and other creditors could supply.

In statements after the decision, Suniva expressed optimism that the company would be able to come back. The case has already been filled with twists and turns and is far from settled at the moment. However, as the bankruptcy process stretches on, the future of the company seems dimmer and dimmer.

Ironically, even after its purchase, SolarWorld may not be much better off. SunPower has pledged to sell off assets and cut expenses this year as it tries to turn a corner on its financials. Last year, the company reported a net loss of $851.2 million, a steep increase from the its net loss of $471.1 million in 2016.

This year, SunPower announced plans to sell 45,000 residential solar contracts, worth an expected $200 million in the first half of the year. Although billed as a means of improving the company’s balance sheets, it likely also helped it to free up cash for the SolarWorld purchase. Even so, to avoid the fate of SolarWorld and Suniva, SunPower will need to find a way to begin operating in the black.