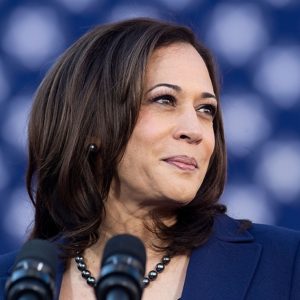 Maybe they told her the wrong border.

Since being tasked with leading the Biden administration’s strategy to deal with what the White House now acknowledges is a “crisis” at America’s southern border, Vice President Kamala Harris has yet to visit the region. But she will be coming to New Hampshire on Friday, according to WMUR.

“Vice President Kamala Harris is planning to visit New Hampshire in person later this week, with one or more stops in the Laconia-Plymouth area likely,” John DiStaso reports.

Meanwhile, the number of illegal crossings at the U.S./Mexico border has exploded since President Joe Biden took office. America is facing its biggest migrant surge in 20 years, according to Homeland Security Secretary Alejandro Mayorkas. The number of monthly apprehensions of undocumented migrants had fallen to just 16,182 in April 2020, during the Donald Trump presidency. But in March, the Biden administration announced 168,195 Border Patrol apprehensions, a number last exceeded in March 2001.

On March 24, Axios reported, “President Biden is putting Vice President Harris in charge of addressing the migrant surge at the U.S.-Mexico border.” They quoted a senior administration official: “Starting today, the Northern Triangle nations and Mexico will know there was one senior official dedicated to this effort. To be very clear, this is an important task.”

That official was Vice President Harris. But although she’s made some phone calls to leaders in Mexico and Central America, she’s yet to make a single appearance in the region. Brandon Judd, president of the National Border Patrol Council, says she’s avoiding it out of political concerns. “If she goes to the U.S. border, people are going to expect her to fix the problem, so she avoids it,” he told Fox News.

Republicans raised questions about the Biden administration’s decision to send the VP to the Granite State.

“It has been 25 days since Joe Biden put Kamala Harris in charge of the crisis at our southern border. Visiting New Hampshire — the opposite direction entirely — is just another ploy to avoid a crisis of their own making,” RNC Spokesperson Rachel Lee told NHJournal.

New Hampshire GOP Chair Steve Stepanek said he was also puzzled by the trip. “First, Joe Biden couldn’t find the time to visit the border and deal with the crisis — and even he is now finally admitting it’s a crisis. Then he puts Vice President Harris in charge, and it looks like she got lost along the way. We don’t have a crisis at the Canadian border, we have one at the southern border.”

Setting aside the border issue, sending Harris to New Hampshire is an interesting political decision by the White House. Harris is hardly a hot political property in the Granite State. Her 2020 presidential bid flopped big time in New Hampshire, despite drawing early crowds and lots of praise from pundits. She didn’t even bother to come to the First-in-the-Nation state to file her candidacy paperwork.

As liberal pundit Juan Williams said when Harris dropped out of the primary race before the first vote was cast: “Looked at through [a] hard-eyed political lens, you might say she wasn’t a good candidate and she didn’t run a good campaign.”

More significant is Harris’s place in the progressive wing of her party’s politics. She endorsed Medicare for All (before walking it back) and was extremely aggressive on the border issue, comparing immigration officers to the Ku Klux Klan. She was also open to packing the U.S. Supreme Court, an issue New Hampshire Democrats are currently fleeing.

Perhaps that helps explain a January UNH poll finding Harris’ negatives just as high as her positives, at 42 percent. And 47 percent of self-declared independents viewed her unfavorably. That same poll found  55 percent of Granite Staters approved of the job Biden was doing, while just 30 percent disapproved.

“The vice president seems to be confused about which border is experiencing a crisis,” added Mark Krikorian, Executive Director of the Center for Immigration Studies. “Either that, or she’s going to New Hampshire in order to put herself as far as possible from the border disaster her boss created.”