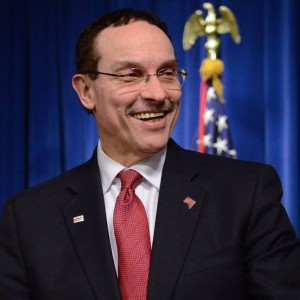 Colby King is psyched for 2016 — just not for the reason you might expect.

Sure, the Washington Post columnist will be following the presidential race, but he’s more looking forward to next year’s six D.C. Council elections, writing that they’ll “probably have more impact on the city’s future than anything that will be done — or fail to get done — under the next administration in the White House.”

The races may also create some compelling political drama, with colorful characters, new faces, and even a potential comeback bid by former Mayor Vincent Gray, a Democrat who lost re-election in 2014 amid a federal campaign finance investigation of his 2010 mayoral campaign.

As if that weren’t enough, D.C. area political junkies can look forward to high-profile campaigns in neighboring Maryland, some of which are already attracting national attention.

Here are six local elections InsideSources will be following in 2016:

D.C. Council (Ward 7): The first option Gray is mulling for a comeback is a run for his old Council seat in Ward 7, where he has lived for years. The former mayor, who maintains his innocence in the 2010 matter, could rally his base of support and note that he has yet to be charged or cleared in a federal probe that’s now four and a half years old. He would seek to capitalize on the common perception that he actually ran the city quite well as mayor. Adding to the drama, he would be challenging incumbent Council member Yvette Alexander, a Democrat who has been his close ally.

D.C. Council (at large): Another path for Gray is to run for Council citywide. He’s considering a challenge to at-large incumbent Vincent Orange, a Democrat who’s already expected to have opposition next year. Described by Gray’s former campaign manager Chuck Thies  as “almost the closest thing D.C. politics has to Donald Trump,” Orange “ran interference with health inspectors on behalf of a campaign donor’s rat-filled business,” as the Washington City Paper recently recalled. Still, he’s seen as a happy warrior on the campaign trail who’s adept at identity politics. That’s why Orange’s one declared Democratic opponent, a former advisory neighborhood commissioner from the Navy Yard neighborhood, starts out as a longshot. Some slightly more seasoned contenders appear poised to enter the primary, including 2014 at-large candidate Robert White and restaurateur Andy Shallal, who ran for mayor last year.

.@andyshallal on his potential 2016 D.C. Council run: "There will not be an announcement tonight." But he's "certainly very interested."

Maryland Senate: The Democratic primary race to replace retiring Sen. Barbara Mikulski is shaping up as a contest between Rep. Donna Edwards and Rep. Chris Van Hollen. As the Washington Post reported Sunday, Edwards is ahead in the polls, but Van Hollen leads in fundraising. She’s running as a progressive outsider. He’s the establishment’s choice. Perhaps the one person who could shake up the primary is Rep. Elijah Cummings, who would immediately be the frontrunner, according to a recent Post poll.

Baltimore Mayor: Charm City may be a bit north of the D.C. region, but politicos inside the Beltway are definitely watching this election. It comes following racial unrest after Freddie Gray’s death in police custody this past spring, and it’s expected to focus on racially charged issues of crime and policing reform. Incumbent Democratic Mayor Stephanie Rawlings-Blake announced she would not seek re-election amid the chaos of this year. Democratic candidates include former Mayor Sheila Dixon, state Sen. Catherine Pugh, City Councilman Carl Stokes and City Councilman Nick Mosby.