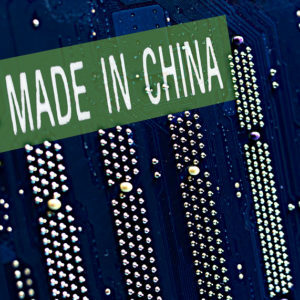 A Case of Bureaucratic Overreach and Self-Inflicted Injury

Decades ago, during President Gerald Ford’s administration, Washington was gripped with fear that newly rich Arabs would acquire vast swaths of American farmland. To soothe these fears, my office in the U.S. Treasury created the Committee on Foreign Investment in the United States, CFIUS.  The idea was to monitor foreign real estate and financial acquisitions.  Of course, rich Arabs were not interested in becoming farmers, but they did buy stocks and bonds, and CFIUS was never disbanded.

As often happens in Washington, a bureaucracy once created proceeds to grow.  In the CFIUS saga, Congress in 2007 gave the interagency committee broad statutory powers, extending well beyond its monitoring function. The goal at that time was to deter Dubai Ports World from buying and operating U.S. ports.

More recently, China has preoccupied Washington. In 2018, Congress passed the Foreign Investment Risk Review Modernization Act (FIRRMA), mandating CFIUS to scrutinize a wide range of potential foreign acquisitions, mainly to deter Chinese buyers of anything with a tech flavor. Transactions can be blocked, with decisions made in secret star chamber proceedings, closed to the public, and not subject to court review.

CFIUS has now gone overboard in its zeal to carry out the congressional mandate. In March 2021, Magnachip, a company with no assets, employees, or operations in the United States, announced that it would be acquired by Wise Road Capital, a Chinese private equity firm.  The sole U.S. hook to Magnachip is its listing of shares. Despite this tenuous connection, in May 2021, CFIUS issued an Interim Order halting the transaction. U.S. shareholders lost money, but the damage is far greater.

In fact, the overreach is extraordinary. The implication of the Magnachip Interim Order is that the United States can block transactions between two foreign companies simply because one of them lists shares in New York. On that logic, why not go further and assert that holding cash or borrowing from a U.S. bank gives CFIUS an oversight role?  The consequences are breathtaking.

Financial markets are a great U.S. strength. By restricting Chinese firms from initial public offerings (IPOs), China is doing its best to curb the U.S. financial footprint. But this is no reason for the U.S. to inflict further damage by asserting extraterritorial CFIUS powers.  That assertion will only give foreign firms a reason to avoid listing shares in New York, and perhaps to avoid any connection with U.S. banks.

If, for security reasons, the Pentagon is concerned about a foreign firm that has no assets, employees, or operations in the United States, the appropriate response is a diplomatic request to the residence country of the foreign firm. The United States can certainly block imports from or exports to that company, both of goods and technology (as it has done with Huawei), and it can block that company from acquiring U.S. firms. But the United States should rely on its allies to make their own decisions on trade and acquisitions in their territories. To do otherwise will spark resentment abroad, at a time when President Joe Biden is doing his best to forge an alliance of democracies.

CFIUS should undo its damage by withdrawing the Interim Order and leaving the disposition of the Magnachip transaction to South Korea, a staunch U.S. ally.  Any other course will undermine U.S. financial markets, U.S. shareholders, and interfere with U.S. diplomatic initiatives

Gary Clyde Hufbauer is Nonresident Senior Fellow at the Peterson Institute for International Economics. He wrote this for InsideSources.com.