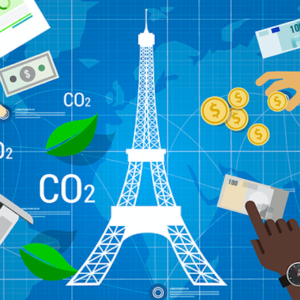 The most consequential deregulatory action taken by President Donald J. Trump in his first term — the  withdrawal of the United States from the Paris climate treaty — finally became official on Nov. 4.

In the 2016 presidential campaign, then-candidate Trump pledged to take the United States out of Paris if elected, but as soon as he took office a huge campaign was mounted to force him to break that promise.

Opponents of getting out of the treaty included all the environmental pressure groups; hundreds of Democratic members of Congress; CEOs of most big multinational corporations; prominent scientific institutions; and the leaders of nearly all our major international allies.

Even members of his own Cabinet and senior White House staff lobbied him to stay in, most privately and some in public. American supporters of the treaty dubbed it the “Climate Accord,” attempting to elude the fact that it was a treaty requiring Senate consent.

Although the treaty had been hailed by then-President Barack Obama as “a turning point for the world” at the time it was negotiated in December 2015 at the U.N. climate conference in Paris, the main argument presented to President Trump in favor of staying in was that it actually didn’t amount to much.

Obama’s commitment to reduce U.S. emissions by 26 to 28 percent below 2005 levels by 2025 would be easy to achieve, especially since the Obama administration had killed the coal industry.

And if we did miss our commitment, so what?  The accord was just a voluntary agreement with no enforcement provisions.  In fact, it was really just an expression of good intentions.

Then-White House counsel Don McGahn considered these and other arguments presented to him from career State Department bureaucrats via then-Secretary of State Rex Tillerson, former CEO of Exxon Mobil and the biggest Paris booster in the administration.

Next, McGahn considered arguments in favor of leaving the treaty. The most persuasive was that although the Obama administration’s semantic games had successfully avoided Senate consent before ratification, it was nonetheless an international agreement that would almost certainly carry domestic consequences.

Opponents of the Trump administration’s plan to repeal Obama’s “Clean Power Plan” and other onerous and economically damaging regulations would be able to use it in court to challenge the repeal rules — and quite likely successfully.

Next, they might be able to convince federal courts that because this international agreement was entered into by one President and acquiesced in by his successor, it should be enforced in domestic law.

McGahn agreed with those favoring withdrawal from the treaty, and so did President Trump.  He announced in a decisive speech delivered on June 1, 2017 that he would keep his campaign promise and begin the process of withdrawing the United States from the Paris climate treaty under the procedures specified in the treaty.

The president has said a number of times since then that although at the time he thought it was going to be one of his toughest decisions, it turned out to be one of the easiest.  Whenever he mentions it during a speech, the audience stands up and cheers.

It is his most consequential deregulatory decision because it removes a legal club that could be used in court to block other deregulatory actions. More importantly, it frees the United States from an obligation in the treaty, which oddly is seldom mentioned by its domestic proponents, to make another more ambitious commitment to reduce greenhouse gas emissions every five years in perpetuity.

If the U.S. were still a party to the treaty, it would need to submit its second commitment before the end of this year.

Democratic presidential nominee Joe Biden has promised if elected to rejoin Paris as soon as he takes office.  He can do that because President Trump regrettably went along with the fiction that the treaty is really just an executive agreement that does not require a two-thirds Senate vote.

But a president-elect Biden will find himself in a weak negotiating position. International bureaucrats, leaders of other signatory nations, and his own left-wing supporters expect and will demand he keep his Paris promise. In order to re-join, the U.S. would have to make further concessions, like a much more ambitious second-round pledge with much more costly emissions targets that will harm those who can least afford it most.

However the election is resolved, Americans can celebrate that President Trump delivered on his promise to leave the Paris climate treaty.

Myron Ebell is director of the Center for Energy and Environment at the Competitive Enterprise Institute. He wrote this for InsideSources.com.