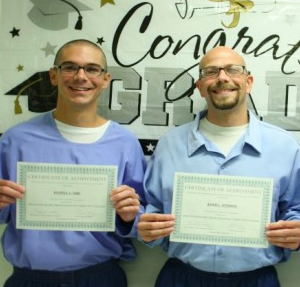 A Clean Slate in the Age of Coronavirus

Posted to Politics May 20, 2020 by Rebecca Vallas and Sharon Dietrich

With jobless claims topping an unprecedented 30 million and counting, nearly half of American workers may be unemployed by mid-May.

We are already in a recession; the only uncertainty is how bad it will get — and how long it will last.

Meanwhile, one group of workers who were facing a permanent recession long before COVID-19 is those facing the Scarlet Letter of a criminal record. Indeed, heading into the pandemic, formerly incarcerated people were already facing a 27 percent unemployment rate, higher than any U.S. unemployment rate including during the Great Depression.

While felony records carry perhaps the greatest stigma, any record — including misdemeanors and even charges that were dropped — can be a long-term roadblock to employment, since nearly nine in 10 U.S. employers now use background checks. People with records are half as likely to get a callback or job offer as a result.

Those who do find work face an average earnings reduction of 40 percent annually.

Now, people facing the stigma of a criminal record are poised to see their permanent recession multiplied many times over.

They’re especially vulnerable to job loss amid COVID-19, as many had turned to gig work or odd jobs, out of luck in the traditional labor market. They’re less likely to have access to unemployment insurance, paid sick leave, and health insurance to weather the crisis — or to have savings to fall back on, due in large part to crushing fines and fees.

Many who had turned their lives around and found decent-paying jobs pre-COVID will be right back where they started, having their resumes thrown in the trash all over again as they begin looking for work on the other side of the pandemic.

As we saw following the Great Recession, long-term unemployment among workers with records will continue to soar long after joblessness approaches pre-downturn levels overall.

Without question, the top criminal justice-related priority right now must be protecting people behind bars from the spread of the virus — and providing adequate supports upon release. But longer-term, we must also ensure that the stigma of a record doesn’t block tens of millions of justice-impacted people and families from taking part in the recovery.

Expanding and streamlining access to criminal record-clearing through expungement and sealing will be essential. Record-clearing is one of the most effective tools for removing barriers to necessities like jobs, housing and health insurance, while reducing recidivism.

Pennsylvania’s new Clean Slate law, which took effect last June, has enabled the state to seal more than 33 million eligible records using automation, helping a total of almost 1 million Pennsylvanians so far. Meanwhile, it has enabled the state to continue clearing eligible records during the pandemic — 2.8 million in March alone — while other states’ systems, which require petitions to be filed individually, are on hold.

Lawmakers in red, blue and purple states were working to follow in Pennsylvania’s footsteps prior to COVID-19 by automating record-clearing; these efforts are clearly more important now than ever, while also promising urgently needed savings for states.

A new idea for a “jobseekers’ allowance” would be especially helpful for jobless workers with records not well served by current unemployment protections. And the ban on food and income assistance for people with felony drug convictions — a cruel lifelong punishment that’s still in effect in about half the states — should have been eliminated ages ago.

Meanwhile, a do-no-harm approach will be critical, contra the U.S. Small Business Administration, which banned entrepreneurs with records from accessing loans through the Paycheck Protection Program — even though entrepreneurship offers an important pathway to opportunity for people with records, who often become job-creators for other jobseekers with records.

The consequences of leaving people with records and their families behind amid COVID-19 cannot be overstated.

One in three U.S. adults have a record. Nearly half of U.S. kids now have a parent with a record. Allowing that large a share of the workforce to be shut out of jobs risks hamstringing the overall U.S. recovery; pre-COVID, shutting workers with felony convictions out of the labor market already cost $87 billion per year in lost GDP.

And given the U.S. criminal justice system’s disproportionate effect on communities of color, a slew of immoral inequities resulting from a long history of structural discrimination, including the black-white unemployment gap and the racial wealth gap, would be put on steroids — a cruel epilogue to the wholly preventable racial disparities in whose lives the virus is claiming.

Ensuring second chances was a top bipartisan priority for state lawmakers long before anyone had heard of COVID-19.

As we begin the hard work of rebuilding as a nation, people with records must not be forgotten now.

Rebecca Vallas is a senior fellow at the Center for American Progress and a former legal aid lawyer. Sharon Dietrich is the litigation director at Community Legal Services in Philadelphia. They are co-creators of the Clean Slate automated record-clearing model that became law in Pennsylvania in 2018. They wrote this for InsideSources.com.