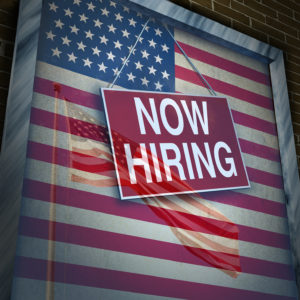 The International Entrepreneur Rule (IER) was an Obama-era immigration program that allowed foreign entrepreneurs to come to the United States to create and develop startup entities with high growth potential. The Trump administration, however, eliminated the program, claiming it represented “a broad interpretation of parole authority” and lacked “protection for U.S. workers and investors.” Nevertheless, the proposed re-implementation of IER by the Biden administration could significantly increase entrepreneurship in the U.S., which is essential for innovation and a flourishing economy.

Reinstating IER would go a long way to supporting job creation, especially after the significant job losses caused by COVID-19. The U.S. economy has lost 20.6 million jobs since mid-March 2020. According to the Office for National Statistics, the unemployment rate for March 2020 was a record 14 percent. According to the Department of Homeland Security (DHS), IER entrepreneurs could create approximately 135,000- 3000,000 jobs over the next decade, meaning more jobs for American workers and greater economic security for their families.

Foreign entrepreneurs have made significant contributions to job creation. The U.S.’s most innovative job creators were started or co-founded by foreigners. For example, Elon Musk, founder of Tesla and SpaceX, was born in South Africa and immigrated from Canada in 1992. Today, Musk employs more than 1 million people. Likewise, Sergei Brin, co-founder of Google, was born in Russia and emigrated to the U.S. in 1979. Today, Google’s parent company, Alphabet, employs 135,301 Americans. The examples of Musk and Brin show that foreign entrepreneurs are job creators and can provide economic stability for American workers.

Not only will IER create jobs, but it will also foster innovation. Over the past decade, immigrants have significantly contributed to the U.S. economy through entrepreneurial innovation and, as a result, have started more than half of America’s privately-held startup companies valued at $1 billion or more. IER will allow new ideas, insights, and methods to be transformed into a practical reality that will improve Americans’ lives and grant them access to currently unknown products and services.

Over the past few years, the U.S. has erected significant barriers for immigrant entrepreneurship, allowing other countries to benefit from the world’s talent pool. These barriers have ranged from enhanced vetting of foreign nationals to stricter guidance on denying student visas, travel bans, and the elimination of IER.

Aware of the hostile environment in the U.S., Canada has tried to lure entrepreneurs by establishing a startup visa program that allows foreigners the opportunity to emigrate and start businesses. In support of Canada’s program, Counsel General Rana Sharker stated, “we’re in a global talent race right now.” Canada’s desire to lure American entrepreneurs was most evident in its billboard campaign along Highway 101 from San Francisco to San Jose. It highlighted the fact that while the U.S. was limiting foreign entrepreneurs, Canada would welcome them and their economic contributions.

The migration of the world’s most talented minds and business ideas from the U.S. to Canada threatens future job creation opportunities. Estimates suggest that talent migration to Canada alone could lead to the loss of more than 308,460 future jobs. Rather than creating Silicon Valley-type cities across the U.S. and being a global tech leader, the U.S. is allowing rivals to thrive and take the lead on attracting job-creating entrepreneurs.

Canada’s Startup Visa Program was implemented in 2013, and since then, 68 startups have created a total of  $3.7 million in terms of investment capital. China is also subsidizing foreign startups, while France has launched a new visa category to attract international talent. According to France’s Ministry for Europe and Foreign Affairs, the program attracted 691,000 startups in 2018. These countries understand the economic benefits of attracting foreign entrepreneurs. Re-implementing IER is a significant step forward for the U.S. to compete for the world’s most talented minds.

IER would be an efficient policy to help boost the economy from the adverse effects of COVID-19. It would create a viable path for the world’s most talented minds to boost our economy through innovation and job creation, the necessary ingredients for a post-COVID economic recovery. While reimplementing IER is a step in the right direction, Congress should create a category of visas specifically for startup businesses with the potential to hire hundreds of Americans.

Foday Turay writes on policy for the American Consumer Institute, a nonprofit educational and research organization. He wrote this for InsideSources.com.