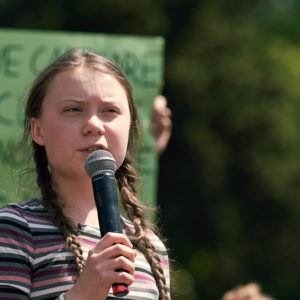 So it’s unlikely that a certain Scandinavian enviro-brat will read a single page of the U.S. Energy Information Administration’s latest International Energy Outlook. However, her allies in the climate-hysteria industry should. The report reveals how uninterested developing nations are in curtailing their energy usage.

The EIA’s “Reference case,” which “reflects current trends and relationships among supply, demand, and prices,” holds that “world energy consumption will grow by nearly 50% between 2018 and 2050.” Most of the increase will come “from countries that are not in the Organization for Economic Cooperation and Development … and this growth is focused in regions where strong economic growth is driving demand, particularly in Asia.” 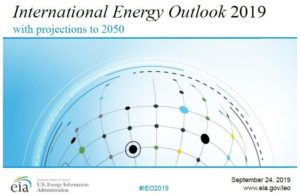 Federal energy number-crunchers make the deeply dubious claim that “green” fuels “will be the fastest-growing energy source between 2018 and 2050, surpassing petroleum and other liquids to become the most used energy source.” But they foresee no death for “fossil” fuels. Far from it. Petroleum use is estimated to rise — and consumption of natural gas, soar.

Driving is sure to drive much of the planet’s future demand for gasoline and diesel. As the invaluable transportation scholar Wendell Cox wrote recently, China is already “the largest automobile market in the world,” and a 2015 estimate for average annual kilometers added to the odometer of a light-duty vehicle there found a figure slightly higher than that for the United States. (“Cultures differ, but human preferences seem to remain the same, once prosperity approaches high-income world levels.”)

Many, many more cars are coming. A back-of-the-envelope calculation yields the jaw-dropping conclusion that if China were somehow able to limit itself to zero population growth during the next three decades, but purchase automobiles at merely half the American per capita rate, an additional 520 million vehicles would be added to the Earth’s fleet. (Include India, Brazil, Indonesia, and Nigeria? Car-haters will be reaching for their meditation gongs.) And take this prognostication to the bank: Very few of those Buicks, Hondas, Fords, Toyotas, Hyundais, and Volkswagens will run on hydrogen.

The demand for natural gas, which EIA calls “the world’s fastest-growing fossil fuel,” will keep growing, in both developed and developing countries. The stuff is useful in so many ways — making fertilizer, heating homes, cooking meals, generating electricity. It even powers vehicles, with tens of millions of NGVs in use globally.

And the fracking revolution has made America a leading exporter of liquefied natural gas (LNG). South Korea, Mexico, China, Japan, Chile, and India are already big customers. Others are queuing up for purchases. (The Bulgarians just received their first shipment.) Competition is fierce, though. Australia’s expanding its LNG infrastructure. So is Qatar, presently the leader.

Yes, natural gas is cleaner that coal and petroleum — its emissions of sulfur dioxide, particulate matter, and mercury are next to nothing. But burning the fuel still creates a nontrivial amount of carbon dioxide. Earlier this year, a report by “Oil Change International” wailed that methane, the principal component of natural gas, “leaks from every part of the gas supply chain.” And as the Environmental Defense Fund screeches, “in the first two decades after its release, methane is 84 times more potent than carbon dioxide.”

Finally, coal — despite Big Alarmism’s relentless campaign against it — continues to be a major energy player. It will remain one for decades to come. The Institute for Energy Research notes that “approvals for new coal mine construction in China increased over five-fold in 2019.” India’s government “is on its way to achieving the goal of universal household electrification through the opening of 52 new coal mines since Narendra Modi’s government came to power in May 2014.

Barring the arrival of a mega-asteroid, an unconquerable global pandemic, the Yellowstone supervolcano popping, a robot rebellion, an alien invasion, or a nuclear holocaust — oh, we can hope! — there’s little doubt that a heckuva lot more “greenhouse gases” are going to be released between now and 2050.

It’s a harsh truth for bubble-dwelling climate paranoiacs to face. But for those of us who think humanity will continue on pretty much as it always has, despite the increased concentration of a trace gas in the planet’s atmosphere, it is a treat. Watching apocalyptics’ the-end-is-nighism crumble, in real time, is enormously satisfying.

It will be more satisfying, of course, to watch people who have never known anything but drudgerous manual labor, appallingly poor nutrition, and severely restructured mobility benefit from the quality-of-life improvements that affordable and abundant energy fosters.