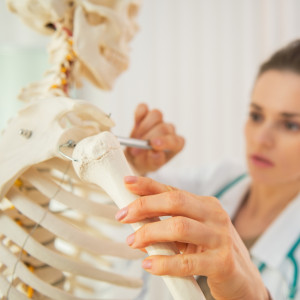 A Former Governor Sees Things the Way Doctors Do

I recently hosted a conference at the Cato Institute that aimed at considering new strategies to address the nation’s growing drug overdose problem. One presenter, former Pennsylvania governor Edward Rendell, vowed to risk prison for engaging in harm reduction in the city of Philadelphia.

Rendell is a principal of a non-profit called Safehouse that seeks to open a safe consumption site after getting the green light from the City Council. Such a facility, more aptly called an “overdose prevention site,” allows intravenous drug users to inject their heroin with clean needles and syringes, in a clean and safe environment, and test it to make sure it is not laced with lethal amounts of fentanyl. Nurses are close by with the overdose antidote naloxone and offer them treatment.

This time-tested method of helping those who suffer from the disease of addiction — part of a strategy called “harm reduction” — is in use in 120 cities throughout the developed world and has been for decades. But federal law forbids it in the United States, which is the reason Rendell and his colleagues at Safehouse risk prosecution and prison.

As a physician I am mystified by the federal government’s stand against harm reduction. Medical practice is not just about treating or preventing illness or injury. Much of what we do is harm reduction.

Not many decades ago communicable and infectious diseases and work-related trauma were the biggest threats to health most people faced. Sadly, much of the underdeveloped or developing world still faces these threats. In modern, developed countries, better sanitation, antibiotics and immunization have eradicated many infectious diseases, and made death from others relatively uncommon. Some infections, like cholera, typhus, leprosy and tetanus, are so uncommon that few doctors have ever seen or expect to see a case and would have a hard time recognizing one.

Engineering and technology have made most jobs in developed nations much safer to perform, reducing the risk of work-related injuries. In affluent and advanced countries much of what doctors treat or seek to prevent are illnesses or injuries resulting from personal lifestyle choices. They do so by engaging in harm reduction.

For example, many cases of diabetes can be prevented or treated through proper dietary regimens. Yet lots of people with diabetes either can’t or won’t comply with the rigorous eating restrictions this entails. So doctors prescribe drugs like metformin to reduce the harm from imperfect dietary compliance.

Statin and antihypertension drugs are prescribed to overweight people with high cholesterol and high blood pressure resulting from their continued over-indulgence in poor eating habits.

Nicotine patches, gum and e-cigarettes are recommended to patients addicted to nicotine who would otherwise breathe carcinogenic tobacco smoke into their lungs.

To reduce the spread of sexually transmitted diseases, we tell our patients to use condoms when engaging in risky sexual activity.

We doctors don’t endorse our patients’ risky lifestyle choices when we engage in harm reduction. We lecture them on the dangers surrounding their choices. But our professional mission is to reduce death and disease. As realists, we know that many of our patients will be unwilling or unable to heed our advice. And we respect their rights, as autonomous adults, to make bad choices. So we prescribe medications to lower their risk of self-inflicted harm.

Harm reduction is an accepted way to rationally and humanely address the risky lifestyle choices people make while respecting their right to make those choices.

Safe consumption sites operate on the same principle. Instead of overeating, or smoking — or motorcycle racing — some people inject dangerous drugs into their bloodstream. Some crave the drug’s effects. Others just want to avoid experiencing hellish withdrawal. This behavior is made more dangerous because prohibition means they obtained these drugs on the black market, where they may be laced or tainted with more deadly substances. And prohibition leads them to share needles and syringes that can spread disease to users and non-users.

Safe consumption sites have a proven record of dramatically reducing overdoses, the spread of HIV and hepatitis, and of drawing addicts into treatment programs. That’s why they operate legally in Europe, Canada and Australia — since the 1980s.

No serious person would argue that doctors should stop engaging in harm reduction; that they should let their patients die of complications of overeating or smoking or risky activities as an example to others who might be considering similar conduct. There can be no justification for a federal law barring people from helping patients afflicted with a compulsive disorder called addiction, effectively condemning those patients to death from the complications of their disease.