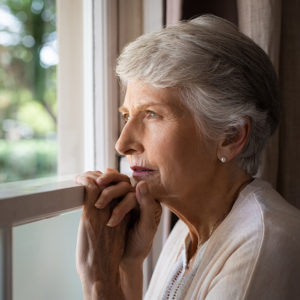 A Grim Prognosis for Seniors and Families

Speaker Nancy Pelosi’s recently introduced drug pricing bill, deceptively crafted to appear as a compromise, in reality amounts to a poison pill for America’s patients, taxpayers and innovators: a down payment on socialized medicine in America.

Pelosi’s plan is a far-left liberal’s dream — socialist price controls, crippling new taxes and bigger government. But far from a dream, its side effects would amount to a collective nightmare for seniors, families and taxpayers.

Ever the astute political tactician, Pelosi knows full-well that an immediate, full-scale government takeover of health care and the imposition of socialized medicine through the so-called “Medicare for All” legislation supported by the majority of House Democrats, stands little chance of becoming law once its true effects on Americans are known to patients and voters. So she has chosen a craftier route, opting for socialists’ tools of choice: setting prices in America based on those set by foreign bureaucrats, imposing market-distorting inflationary caps, and crippling new taxes on innovators.

To set prices, Pelosi’s plan would force a “voluntary negotiation process” between the government and drug manufacturers on what it calls a “maximum fair price” — a price determined by foreign bureaucrats. Pelosi would then subject manufacturers that do not participate in the negotiations or do not reach an agreement suitable to the government to a “non-compliance” fee — a tax as high as 95 percent of sales.

Far from “voluntary,” the Pelosi plan is more akin to government extortion. As former Speaker Newt Gingrich observed, the system she envisions is more akin to negotiating with Don Corleone after he’s made “an offer you can’t refuse.”

These socialist price control schemes, forced arbitration and crippling taxes would have a smothering effect on medical innovation, ultimately leading to fewer cutting-edge treatments and cures for patients. As in any industry, when government sets prices, there is little incentive to produce a product — especially those that require a significant investment of time and resources on the front end such as pharmaceuticals. Pelosi’s big-government plan would force innovators to accept prices that would make it nearly impossible to recoup the cost of their investments, with the threat of being taxed out of existence for non-compliance.

Further, as has been shown time and again around the world, price controls, when implemented, lead to shortages and rationing. Unfortunately for patients, in health care that translates into access restrictions and faceless government bureaucrats making critical decisions about care rather than patients and their selected doctors.

Like other far-left politicians and presidential candidates, Pelosi masks the realities of her health care takeover in soft-sounding names and soundbites. This makes it all the more critical that America’s patients know the truth about the profound consequences her price control scheme would have on their treatments and care.

The stakes for our health care system, and ultimately to patients and families, are too high not to act. That’s why the organization I help run, the Coalition Against Socialized Medicine, is working to make sure that the real-world effects of Pelosi’s proposals are known to patients — and policymakers — before it’s too late. To this end, we’ve recently launched a significant educational campaign highlighting its dangers to patients, innovation and the economy.

We’re working to make sure that patients, and particularly seniors, for whom access restrictions and rationing would have disproportionate and immediate effect, are armed with the facts to hold politicians and policymakers accountable.

We hope that as patients and voters around the country see and hear our messages on their televisions, in newspapers, and online in the coming weeks, they will join us in our effort to protect our health care system from the creep of socialism. Because while her drug pricing plan may masquerade as a compromise, given a closer look, the tools Pelosi wants to use to remake America’s drug pricing system look increasingly like the hammer and sickle.

Marc Palazzo is executive director of the Coalition Against Socialized Medicine. He wrote this for InsideSources.com.

Forgive Us, but One More Thought on Queen Elizabeth’s Death Read More

Contractor Is in Trouble With the Pentagon Read More

Can The FDA Be Fixed? Read More

Taiwan a Geopolitical Hotspot to Watch

By Llewellyn King on September 22, 2022
The wreckage from COVID continues to litter our lives. We work differently, play differently and…
Read More