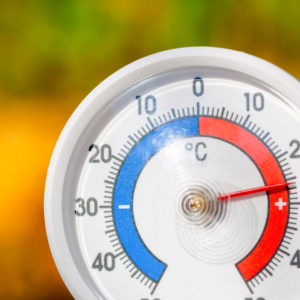 The Intergovernmental Panel on Climate Change, an international scientific body, released a long-awaited report on the Earth’s prospect for keeping climate change to a manageable level. The findings are terrifying, yet hopeful.

Many countries have embraced a goal of keeping warming within 1.5 degrees Celsius. But we’re on track to a 2 degree or greater rise. That may sound like a small difference, but it’s enormous.

The frequency of extremely hot days is expected to be considerably higher at a 2 degrees increase. The global mean sea level is likely to rise a tenth of a meter more, affecting about 10 million additional people. There will be more droughts in some regions and heavier rainfall and flooding in others.

The report also predicts bigger drops in yields of major food crops than previously projected, and estimates that up to 50 percent more people will be affected by water scarcity. Risks from heat-related illnesses, malaria and dengue fever are higher, too.

All told, the number of people exposed to climate change effects and associated increases in poverty at a 2 degree rise is “several hundred million more” by 2050.

What a difference a half degree makes.

The window to get emissions down enough to keep the temperature rise manageable is rapidly closing. To do that, the report says, we need to cut carbon-dioxide emissions 45 percent below 2010 levels by 2030 — and reach net zero emissions by 2050. We also need steep reductions in emissions of other greenhouse gases such as methane, black carbon, nitrous oxide and hydrofluorocarbons.

In short, the IPCC says that we need “rapid and far-reaching transitions” in virtually all of our economic systems, on a scale with “no documented historic precedent.”

Those are strong words coming from a usually staid international scientific body. This public acknowledgement of the need for systemic change by a respected global body like the IPCC is probably the best and most politically significant outcome of this report.

To be clear, this call for systemic change isn’t new. For years, movements of indigenous and other marginalized peoples worldwide (including right here in the United States) have been calling for systemic transformation and an end to fossil fuel influence on our politics.

What’s changed is that systemic change is going mainstream — along with the realization that the major obstacles aren’t technical, but political.

It’s “possible within the laws of physics and chemistry” to keep warming within 1.5 degrees, said IPCC official Jim Skea, and the technological changes needed are achievable. But what happens on the political and institutional fronts is harder to predict.

We “can’t carry on with business as usual or minor changes,” Skea warned. In a similar vein, Will Steffen of the Climate Council of Australia warned that “business-as-usual, or minor modifications of it, will be totally inadequate” to make changes on the scale we need.

This is quite far from calling out carbon pricing as a false solution that at best tinkers at the margins while facilitating business as usual, as many more radical movements have charged. Regardless, the IPCC’s acknowledgement of its limitations is a cautious step in the direction of abandoning incrementalist solutions.

Probably the clearest sign of a shift in thinking was a telling moment at the IPCC press conference, when German scientist Hans-Otto Portner celebrated demonstrations against coal mining in the sensitive Hambach Forest in his home country. He called it an example of civil society demanding “reasonable climate policies.”

Yes, a scientist on an IPCC press conference called militant “keep it in the ground” protests an example of demanding “reasonable climate policies.”

It’s going to take a lot more to actually win the systemic change that the IPCC says we need. But a shift in public consciousness is an important first step. We can hope that key scientists and international bodies are now beginning to take it.