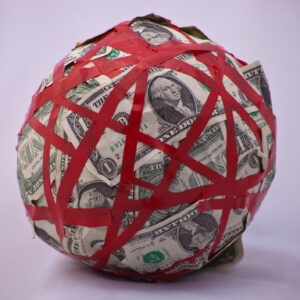 A Most Dysfunctional Federal Program

In a few short years, the federal program that will top the list for pharmaceuticals may surprise you. Will it be the Medicaid drug program, which enrolls 84 million Americans? Wrong. Maybe it will be the Medicare Part D program, which enrolls nearly 50 million seniors? Wrong again. Neither of these expansive, historic programs will stand atop the elusive, often disregarded 340B drug discount program.

Unfortunately, the ranking atop that list is only the beginning of a story of a program that should be on a shortlist for policymakers to improve.

The 340B program demonstrates that in Washington the best intentions are no substitute for carefully crafted legislation. For decades before 340B was enacted, drug companies had given discounts to nonprofit hospitals and clinics that treated low-income, vulnerable patient populations, many of whom lacked health insurance.

In 1992, Congress decided that it would require such discounts and felt that if these institutions were afforded significant discounts on drugs, they could pass those discounts on to low-income uninsured populations and also offer more charity care programs in low-income neighborhoods across the country. Some of the wealthiest nonprofit hospitals in the nation, such as MassGeneral in Boston, participate in the program.

However, the legislation that ultimately created the 340B program was very poorly crafted and did not establish requirements that savings from those drug discounts be devoted to charity care, nor did it require that drugs bought through the 340B program be given to low-income or uninsured populations. Charity care was not even defined in the statute. Consider how those loose guidelines play out in real life. If he were to be treated at a 340B hospital, Amazon’s executive chairman, Jeff Bezos, would be eligible for 340B drug discounts.

During the Obama administration, the eligibility requirements for participation in the 340B program were loosened and the program saw explosive growth. Yes, loosened further. While only about 500 hospitals participated in the program in 2005, that number had ballooned to 2,500 by 2019 and drug purchases in 340B soared to more than $30 billion. Today, 340B drugs total more than 8 percent of all U.S. drug prescriptions.

Many institutions joined the program because they knew that they could secure windfall revenues by arbitraging the drug discounts. For example, if a wealthy, insured patient were to be treated at a 340B facility, that hospital might bill his insurance company for a $100,000 oncology drug. Yet, because of the 340B discount of, say 75 percent, the hospital would be able to purchase that same drug for only $25,000, offering a revenue windfall of $75,000 to the hospital for one prescription.

For this reason, there has been an explosion in the number of 340B hospital satellite offices in wealthy suburbs, and hospitals are buying up many community-based healthcare practices, especially those practices that prescribe more expensive drugs such as oncology practices. Today, we have data to suggest that hospitals that joined the program after 2004 are more likely to serve wealthier and insured populations.

This explosion of revenue for 340B institutions would hardly be problematic if there were also a simultaneous explosion in charity care programs to treat vulnerable patients. But the opposite scenario seems to be the case, as many charity care programs are declining. Shockingly, one study concluded that “it is evident that the ability of people suffering severe economic hardship to afford needed medicines and medical care, relative to the general population, is negatively correlated with growth in the 340B program.”

Another study published in the New England Journal of Medicine concluded that “financial gains for hospitals have not been associated with clear evidence of expanded care or lower mortality among low-income patients.”

Finally, a recent study published in Health Affairs in 2021 concluded that nonprofit hospitals spend less on charity care than either government or for-profit hospitals.

In a recent study, Pioneer Institute randomly selected five hospital systems in Massachusetts based upon their geographic diversity across the state and found that for each of these hospitals there was a marked decline in charity care at the very time when 340B revenues were exploding.

One should be careful not to paint this criticism with too broad a brush as there are many hospitals and clinics that participate in 340B that provide invaluable charity care to vulnerable patients. Pioneer found, for example, that Boston Medical Center and Cambridge Hospital were providing significant levels of charity care compared with other hospitals, a testament to the intent of 340B to help those uninsured patients access their prescriptions. But there are too many case studies of hospitals and clinics securing vast 340B revenues while diminishing their charity care programs for policymakers not to take notice and ask why a program isn’t serving as it was meant.

Sometimes fixing longstanding federal programs can be a complex and difficult matter — but fixing 340B would not be so. Congress could easily require 340B entities to simply disclose their revenues from the program so this amount could be compared side by side with the level of charity care the institution provides. This kind of transparency might spur many institutions to offer more programs for low-income uninsured patients.

William S. Smith is a senior fellow and director of the Life Sciences Initiative at Pioneer Institute in Boston. He wrote this for InsideSources.com.