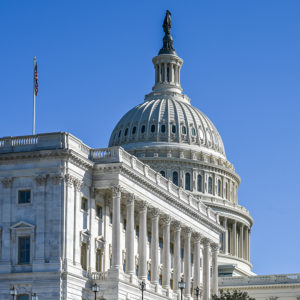 A New Kind of Filibuster for the U.S. Senate

The U.S. Senate is broken. The prospect of urgently-needed progressive legislation getting to the Senate floor, let alone passing, is nil. The filibuster is largely to blame for this inertia.

The filibuster is a procedural tool that allows a minority of senators to prevent ending debate so a bill can be voted on. It was first employed by South Carolinian John Calhoun in 1837 to protect the institution of slavery. Throughout history, the filibuster has been employed by southern senators to curtail the rights of African Americans. For example, in 1918, the Anti-Lynching Bill was filibustered; now, 103 years later, while racist violence in this country continues, that bill still hasn’t been enacted.

Traditionally, filibustering senators had to keep speaking to delay consideration of a bill. In 1918, the Senate enacted Rule 22, which required 2/3 of the senators to vote to end debate and allow a bill to move forward. Eventually, this procedure was modified so an easier-attained supermajority of 3/5 of senators could end a filibuster. However, senators attempting to hold up legislation were no longer required to bloviate for hours or to even show up. They merely had to let the Senate clerk know of their intent to filibuster; when 41 or more did so, this effectively killed the legislation.

Democrats now control the Senate. At the present time, almost 42 million more people live in states that elected Democrats than those that elected Republicans. An ambitious legislative agenda awaits the Senate, but the filibuster stands in the way. The math behind the filibuster is especially undemocratic. For instance, if or when 41 senators representing the least populous states join a filibuster, they represent a mere 9.5 percent of the population, meaning senators representing less than 10 percent of the American people can stop legislation the vast majority may want.

Since 1816, the filibuster, as constituted, has made an undemocratic body less so. Instead of jettisoning it all together, it could be changed to make the Senate a significantly more democratic institution for the first time in our nation’s history. As noted: “Each House may determine the Rules of its Proceedings….” Therefore, Senator Chuck Schumer, with support from the Democratic caucus, can call for a new kind of filibuster.

Any piece of legislation or any presidential appointment could be filibustered. Filibustering this way would require a more mathematical approach and participation from not just more rural states, but from populous ones as well. If this could be accomplished, instead of stopping legislation from advancing, senators could work across party lines to craft legislation that a majority of Americans support. Such a filibuster would encourage legislation that improves the lives of all Americans and would finally enable our Senate to serve the needs of a democracy.