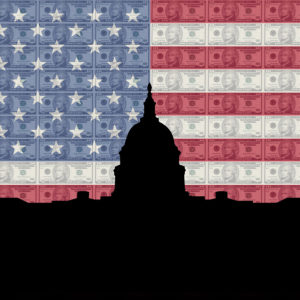 A New Normal Will Take Time, Not Politics

Loud detonations are going off in the economy. When the debris settles, new realities will emerge. We won’t return to the status quo ante, although that is what politicians like to promise.

After great cataclysmic events — wars, natural disasters or the impact of new technologies — we need to acknowledge the realities and find the opportunities.

The inflation that is shaking the world is the inflammation that arises as markets seek equilibrium — as markets always do.

The greatest disrupter has been the COVID-19 pandemic, and the ramifications of how it has reshaped economies and societies are still evolving. For example, will we need as much office space as we did pre-pandemic? Is the delivery revolution the new normal?

Russia’s war in Ukraine has added to the pandemic-caused changes before they have fully played out. They, in turn, were playing out against the larger imperatives of climate change, and the sweeping adjustments that are underway to head off climate disaster.

Some political actions have exacerbated the turbulence of the economic situation, but they aren’t the root causes, just additional economic inflammation. These include former president Donald Trump’s tariffs and President Biden’s mindless moves against pipelines, followed by attempts to lower gasoline prices, or wean us from natural gas while supplying more natural gas to Europe.

In the energy crisis (read shortage) of the 1970s, I invited Norman Macrae, the late, great deputy editor of The Economist, to give a speech at the annual meeting of The Energy Daily, which I had created in 1973 — and which was then a kind of bible to those interested in energy and the crisis. Macrae, who had a profound influence in making The Economist a power in world thinking, shared a simple economic verity with the audience: “Llewellyn has invited me here to discuss the energy crisis. That is simple: the consumption will fall, and the supply will increase. Poof! End of crisis. Now, can we talk about something interesting?”

Of the many, many experts I have brought to podiums around the world, never has one been as warmly received as Macrae. Not only did the audience stand and applaud, but many also climbed on their chairs and applauded. I’m not sure Washington’s venerable Shoreham Hotel had ever seen anything like that, at least not at a business conference.

In today’s chaotic situation with political accusations clashing with supply realities, the temptation is to find a political fix while the markets seek out the new balance. Politicians want to be seen to do something, no matter what, and before it has been established what needs to be done.

An example of this was Biden increasing the allowed amount of ethanol derived from corn and added to gasoline. It is so small an addition that it won’t affect the price at the pump, but it might affect the price of meat at the supermarket. Corn is important in raising cattle and feeding large parts of the world.

There is a global grain crisis as a result of Russia’s war in Ukraine, which is a huge grain producer. Parts of the world, especially Africa, face starvation. The last thing that is needed is to sop up American grain production by burning it as gasoline.

We are, in the United States, gradually moving from fossil fuels to renewables, but this is going to move our dependence offshore, and has the chance of creating new cartels in precious metals and minerals.

Essential to this move is the lithium-ion battery, the heart of electric vehicles and battery storage for renewables, and its tenuous supply chain. Lithium has increased in price nearly 500 percent in one year. It is so in demand that Elon Musk has suggested he might get into the lithium mining business.

But lithium isn’t the only key material coming from often unstable countries: There is cobalt, mostly supplied from the Democratic Republic of the Congo; nickel, mostly sourced in Indonesia; and copper, where supply comes primarily from Chile.

Across the board, supplies will increase, and demand will decline. Equilibrium will arrive, but vulnerability won’t be eliminated. That is an emerging supply chain constant as the economy shifts to the new normal.

The aftershocks of the pandemic and Russia’s war in Ukraine will be felt for a long time — and endured as inflation.