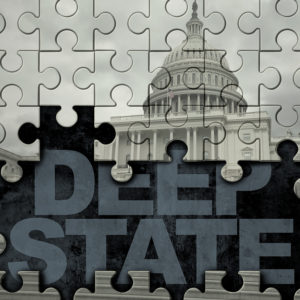 A Perfect Example of the Bureaucratic Deep State

If you still think that electing this person or that will change the direction — or even save — the country, then you really don’t understand the Deep State, a.k.a. “The Swamp.” A perfect example comes in the State Department and its embedded career political operatives.

Susan Thornton was an acting assistant secretary for East Asian and Pacific Affairs at the Department of State under President Trump. She was charged with crafting East Asia policy and did so during crises with North Korea, escalating the president’s enacting of trade sanctions and tariffs with China. By the fact that she held this position, she served at the president’s pleasure and should have held a jealous fidelity to Trump’s policy mindset. After all, the president presides over the State Department.

But that was not the case.

Thornton, now retired from the federal government, recently told a gathering at the National Committee of US-China relations:

“I tell all our foreign counterparts they should keep steady, keep their heads down and wait. (They should) try to not let anything change dramatically. … If this skeptical attitude towards talking diplomacy continues in (the Trump) administration, you might have to wait till another administration.”

It can’t be denied by any thinking individual that this wasn’t Thornton’s mindset throughout her tenure with the Trump administration. And if you think that she is the only one at Foggy Bottom who has allegiances to the Progressive-Fascist one-world mindset held by Democratic secretaries of state — including Hillary Clinton, John Kerry and Madeleine Albright — then you are smoking something legal in Colorado.

If the federal government is ever to be a government that represents and serves the people, rather than special political interests, then we have to seriously start to cull the political operatives in the agencies and departments; the career appointees; the bureaucrats; The Swamp.

Frank Salvato is the operating partner at The Archangel Organization, a management and organizational strategies group. He serves as managing editor of The New Media Journal.