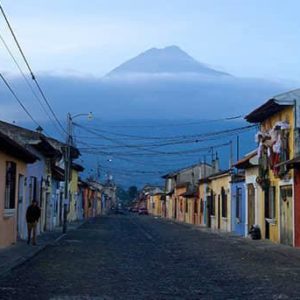 For more than a year, leaders in Washington have been circling the drain trying to find a compromise on immigration legislation. It has reached far beyond just a policy concern as there have been multiple solutions tossed around from lawmakers as well as 2020 presidential candidates. In late August, the White House announced a new plan that will replace a decades-old court order that determines new regulations on detainment.

However, we must do more than throw policy solutions back and forth across the political aisle. We need to take a closer look at the root causes that are forcing Central Americans to risk everything as they flee their home countries.

Former U.S. Secretary of State George P. Shultz and former Mexico Treasury Secretary Pedro Aspe do just that in a recent Wall Street Journal op-ed, urging the United States, Mexico and other democratic nations to invest in education, healthcare and law enforcement in the region. Furthermore, they write, “If they supported crucial infrastructure projects in the region, which would also boost local employment in the near term, it could be transformative.”

We should listen to their wise counsel as violence, crime, lack of education and unreliable power grid could be contributing factors to the United States’ current influx of immigrants from Central America.

These factors are stimulated in part by stressed economic conditions seen in the area and further by the unreliable public entities that make it next to impossible to provide public services and infrastructure investments that are necessary to sustain a quality of life. Reliable electricity and dependable public utilities are particularly indispensable for daily living conditions as well as educational and economic opportunities. Perhaps this is an opportunity for the United States to invest in providing these energy resources that will eventually lead to reliable public services, economic investment and incentive to remain in-country rather than seek out a better life elsewhere.

What causes distress in one country is often taken for granted in another. The United States is a stable, energy resource-rich country with regulatory oversight and reliable infrastructure. Thanks to the shale gas boom, we quickly became the world’s top natural gas producer. This natural gas is used as energy for heating, cooking, electricity, and more. Just last year, the U.S. produced more natural gas than the Middle East in its entirety. This excess of product is useful domestically, but also for international exports and trade.

What’s more, by harnessing our abundant energy resources in order to invest in Central American infrastructure we can help usher in a new era of economic prosperity and energy reliability.

American energy resources (i.e. natural gas) and private investment in the infrastructure to transport natural gas from the United States to Latin American countries in need can bolster their grid reliability and resiliency. Since power generation relies on some form of energy, American resources and investment can provide the foundation those countries need to generate electricity in an efficient and reliable manner. In turn, that will secure a more sustainable power source and better quality of life.

Unfortunately, our southern neighbors are disadvantaged by inadequate infrastructure leading to a deterioration of living conditions for its citizens.

Countries in Central America are connected to the same, unpredictable power grid that struggles to provide electricity to more than 1,000 miles of land. Just a few years ago, Honduran power officials scheduled blackouts in order to preserve power. Its state-run electricity provider, the National Electricity Enterprise, has struggled financially to make needed investments in energy infrastructure and delivery systems. This is often attributed to inadequate resources and expertise, both of which are issues rooted in inexperience.

The United States has the resources and technical expertise to help develop infrastructure projects that will establish strong international ties in the region and foster opportunities for future investment and innovation. Boosting energy infrastructure in Honduras would generate increased investment in the country, and create jobs throughout the region. Not to mention, this infrastructure would be transporting natural gas that is used to generate electricity, light the stove, and fuel the car. With the collaboration of the public and private sector, these investments would be mutually beneficial for all nations involved.

Secretaries Shultz and Aspe emphasize what Americans well know — “The U.S. is unique among world powers.” As such we have an obligation to take the lead and share our expertise with Honduras and other countries in Central America. In turn, they can begin to build a foundation for sustainable energy infrastructure and access to a reliable power grid that successfully supplies electricity to homes, schools and businesses.

Republicans and Democrats alike are expending a lot of hot air trying to one-up each other on what they believe is the best solution to our immigration problems, but perhaps the time has come to hit pause and instead take a moment to address the root cause of why Central Americans are leaving their homes in droves. Both sides might shockingly find themselves in agreement. Then maybe we can finally find a tangible path forward.