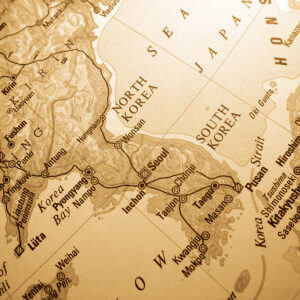 ‘A Shrimp Among Whales’

The notion that South Korea should adopt a “neutral” position between the U.S. and China has been gaining traction as President Moon Jae-in looks for equilibrium between these two giant powers, near and far. It all goes back to that image of Korea as “a shrimp among whales” and the old line, “In a fight between whales, the shrimp’s back gets broken.”

That’s understandable when you consider the geographical position of the Korean Peninsula between China, Russia, and Japan and the proximity of U.S. air and naval power on bases in South Korea, Japan, and Guam. There are, however, reasons to question this search for neutrality, beginning with the simple reality that South Korea is a long-time U.S. ally while North Korea relies on China for security.

The division of the Korean Peninsula, however wrong it was, means that neither North nor South Korea can pretend to be neutral for long. North Korea may be proud of its nukes and missiles but can’t make a real move, beyond testing, without the approval of China and maybe Russia, too.

Kim Il-sung could not have ordered the invasion of South Korea before asking Mao Zedong, fresh from leading his Red Army to victory over the U.S-backed “Nationalist” Chinese, and Josef Stalin, the ruler of the Soviet Union. Similarly, Kim Il-sung’s grandson, Kim Jong-un, would need to plead his case with China’s Xi Jinping and Russia’s Vladimir Putin before doing anything stupid against the South.

That reality alone pretty well puts China on “the other side” much though President Moon wants to believe South Korea can balance China against the U.S. The alliance with the U.S. means much more than a simple U.S. commitment to fight the North on behalf of the South in a dreaded Second Korean War.

It also means the U.S. would have to stand up against Chinese forces pouring south, as they did in 1950 after the American and South Koreans had driven the North Koreans out of Seoul and then swarmed northward to the Yalu River border with China. And the Americans would also have to be ready for the Russians, who provided air power and vital supplies to the North Koreans throughout the Korean War.

Might South Korea’s great trading relationship with China make a difference? Some years ago, when I first came to Korea, the idea of commercial as well as diplomatic relations between China and South Korea was unthinkable. Then, after Mao died in 1976 and Deng Xiaoping gradually took over the reins, the mood changed.

I was in Seoul as South Korea blossomed as a global power, sanctified by hosting the 1988 Seoul Summer Olympics. Chinese visiting Seoul told me they no longer cared for the North. They now saw the South as the real power with which to do business, and 30 years ago Seoul formally recognized Beijing, not Taiwan, as the true ruler of all China. I listened to the laments of Taiwan diplomats as they cleared out the venerable Chinese embassy in Seoul’s Myeong-dong district.

Since the rise of Xi Jinping, however, the mood has changed. China years ago surpassed the U.S. as South Korea’s biggest trading partner, and Xi is asserting power diplomatically and militarily. He’s sent dozens of planes into Taiwan’s air defense zone, and he might do the same in the skies surrounding South Korea too. It’s hard to believe China is about to go to war for Taiwan, much less support North Korean aggression against South Korea, but such intimidation might or might not prove the precursor to military action.

So what should be the South Korean response? Yes, Xi may exercise a certain restraining influence on Kim Jong-un, saying, fine, test your missiles and go on making nuclear warheads, but don’t do anything for real. No, North Korea, suffering as always from terrible economic problems, exacerbated by COVID, which it refuses to acknowledge has stricken its citizens, is in no position to attack anyone.

China, however, is on North Korea’s side and poses a regional threat. In the search for neutrality, Moon risks the alliance with the U.S. and encourages North Korea, supported by China, to act militarily. He should leave no doubt the U.S. and the Republic of Korea are together as they’ve been ever since the founding of the ROK in 1948 three years after U.S. forces defeated Japan, ending 40 years of Japanese rule.