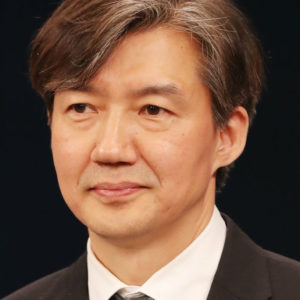 A System and Society Rife With Bribery, Payoffs

SEOUL — Corruption is so endemic in South Korean ruling circles that it’s hard to remember a time when one politico or another wasn’t mired in accusations of fraud, bribery, influence-peddling and all that. In fact, cases come and go with such regularity that we often forget them soon after they dominated the headlines.

That’s why it’s hard to get too excited or amazed by the ordeal of Cho Kuk, a law professor with such a proper leftist past as to have given some people the impression he was totally above reproach. In Korea, as we have learned yet again, not many are squeaky clean, and just about everyone places higher priority on the success of heirs and cronies than on the downtrodden people whom they were purported to love and defend.

Corruption crosses party lines. Every Korean president in recent memory was sooner or later the target of investigations and inquests that dug up incredible details of ill-gotten wealth and undeserved acclaim. In some cases, fortunes in the billions of dollars were said to linger in secret accounts at home and abroad.

By those standards, Cho Kuk, President Moon Jae-in’s choice for justice minister, is a minor figure, his case a sideshow. What is perhaps most intriguing about him, however, is the hypocrisy of his rise through the maelstrom of politics. Who would have thought that this self-styled social reformer, this one-time advocate of revolution, was leading a double life as a thoroughly capitalist investor whose paramount interest beyond power and wealth was to advance his son and daughter through a highly competitive system?

But all that should come as no surprise. Most people by now have long forgotten the piles of money accumulated by the two generals who ruled after the assassination of the dictatorial Park Chung-hee in 1979. Chun Doo-hwan, a dictator like Park, and his Korea Military Academy classmate, Roh Tae-woo, elected after massive demonstrations in June 1987 forced Chun to accept a new democracy constitution, ranked among the most acquisitive of leaders.

The civilians who came after those two, however, were not always saints.

Kim Young-sam began his five-year term in 1993 by dismissing dozens of suspect officials but was tainted by bribery charges against his son. Kim Dae-jung, the longtime dissident and upset winner in 1997, whose sunshine policy won him the Nobel Peace Prize and foretold President Moon’s dream of reconciliation with North Korea, was later revealed to have funneled at least $500 million to the North to bring about his June 2000 summit with Kim Jong-il in Pyongyang. And DJ’s successor, Roh Moo-hyun who visited Kim Jong-il in Pyongyang in June 2007 with Moon as his chief of staff, committed suicide in 2009 more than a year after the end of his term while implicated in a bribery scandal.

Advocates of President Moon believe the corruption surrounding the two conservatives who followed Roh Moo-hyun was far more severe. Lee Myung-bak, the former Hyundai Construction chairman who succeeded Roh, was convicted last year of bribery and embezzlement. The offenses of Lee’s successor, Park Geun-hye, daughter of Park Chung-hee, were rather different. The corruption of her friend and confidant, sentenced to a long prison term, led to Park’s impeachment, ouster and imprisonment on charges of abuse of power, bribery and coercion.

The idealism of the Candlelight Revolution against Park’s rule, so-called because millions filled the streets of central Seoul and other cities holding candles or LED lights in paper cups, transcended any protests since June 1987. The candles symbolized the idealism of revolutionaries who saw their crusade as both non-violent and holy.

Through it all was the assumption that the people who filled high posts in Moon’s new government would be incorruptible. Their records showed that some were jailed in protests against dictatorship in bygone years but were far above the dubious gift-giving and payoffs and outright bribery and embezzlement associated with tawdry political maneuvering.

A dreamlike idealism surrounded both the Candlelight Revolution and Moon’s vision as president. That idealism has not faded entirely, but the sense also is creeping in that not all those around the president are as pure and noble as they might have seemed three years ago. It would not be surprising to learn that some who are close to Moon, whom he would like to entrust with high positions, notably Cho Kuk, are not so clean as they might have appeared.

It would be nice, however, to be able to say, after Moon steps down as president, that he was truly incorruptible. If he manages to get through his term without a tint or trace or whiff of personal scandal, he will have accomplished something unprecedented in the history of the Republic of Korea since its founding in 1948.