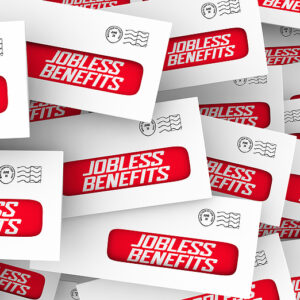 “It was the best of times, it was the worst of times.” That is not just the beginning of Dickens’ classic novel, it’s also a description of the economic divide between some U.S. states in the post-pandemic era, a divide some believe is exacerbated by public policy.

But Pennsylvania’s June unemployment rate was 6.9 percent — tied with Louisiana for 8th highest in the country– while New Hampshire’s was just 2.9 percent, the third-lowest (along with South Dakota). The national unemployment number is 5.8 percent. Why the difference?

One reason, according to economist Joel Griffith of the Heritage Foundation, is New Hampshire dumped the $300 a week enhanced federal unemployment benefits while Pennsylvania is still sending out those checks.

“That definitely is a factor in regards to people getting back to work,” Griffith said.

In fact, the Granite State is going one step further, paying bonuses to get people back to work. Gov. Chris Sununu calls it the Summer Stipend Program. Take and hold a part-time job and get a bonus check from the state for $500. Get a full-time gig (up to $25 per hour) and it’s $1,000.

“New Hampshire is moving full steam ahead to ensure that businesses have the workforce needed to have a booming summer – and this program will help,” Sununu said last week.

“Since announcing the Summer Stipend – Return to Work Bonus Program, more than 21,000 have stopped filing for unemployment benefits,” according to a statement from Sununu’s office. “The first wave of potentially eligible people that could have worked eight weeks since May 18th  totals over 1,700 people.”

In Pennsylvania, Sen. Pat Toomey (R) believes some workers won’t return to the workforce if the money continues to be offered.

“If you can receive unemployment benefits indefinitely that pay more than for you to go to work, a certain number of people are not going to go to work,” Toomey told CNBC. “I think that’s just common sense.”

“The governor ought to stop paying people $300 extra a week to stay home,” said Ciarrocchi.

As The Wall Street Journal recently noted, the states with the lowest unemployment — Nebraska, Utah, New Hampshire, South Dakota, Idaho, Vermont, Alabama, Montana, and Oklahoma are governed by Republicans. And most have ended their enhanced federal unemployment.

The states with the highest joblessness are run by Democrats: Connecticut, New Mexico, Nevada, California, Hawaii, New York, New Jersey, and Illinois. None have ended the bonus payments.

“The 26 states that have announced their plan to end participation in the $300 weekly unemployment bonus have seen a 12.7 percent decline on average in initial claims over the past week,” the Foundation for Government Accountability reported in late June. “Meanwhile, states that have indicated they will continue participating in the unemployment bonus programs have seen an increase in initial claims by an average of 1.6 percent during this same period.

“Pennsylvania is one of the worst-performing of all states,” says the Heritage Foundation’s Griffith. “Their economy is still 5 percent smaller now than it was before the pandemic, and that’s largely a result of the edicts by the governor in a  series of emergency shutdown orders.”

The office of Pennsylvania Gov. Tom Wolf did not respond to an email seeking comment.

“There were other states nearby such as Ohio that had much better economic output, and that’s because they did not have those types of shutdowns,” says Griffith. “Ohio’s economy is about the same size as it was before the pandemic, but Pennsylvania’s is 5 percent smaller and cities such as Philadelphia imposed severe restrictions on the service sector, so it’s no surprise that Pennsylvania has been one of the worse-off states over the past year.”

The Granite State story is very different. Sununu was the last governor in the region to impose a mask mandate and the first to lift most of the lockdown restrictions.

“New Hampshire is one of the states that have taken action to get people back to work,” says ALEC’s Jonathan Williams. “Nebraska, Utah, South Dakota, and Idaho also took action to get people back to work and they removed the bonus federal unemployment benefits because they had a shortage of workers, they needed to get their economies back on track, and many of their small businesses that barely survived the last 18 months were hanging on by a thread.”

Pennsylvania’s Department of Labor says it saw positives in the latest jobs report.

“Jobs increased in five of the 11 industry supersectors, with the largest volume gain in government (+13,500),” said Pennsylvania’s Department of Labor in a press release. “The largest drop was in construction (-4,100) (but) over the year, total nonfarm jobs were up 325,000 with gains in 10 of the 11 supersectors.”

Still, the bad news remains and, with unemployment claims actually bumping up last week, the divide between the states could get worse.

“Illinois, New Jersey, New York, Hawaii, California, New Mexico, and Connecticut continued the benefits and have given the workforce an incentive to stay at home and not look for work,” says Williams. “So, once again, clear economic incentives drive people’s behavior.”