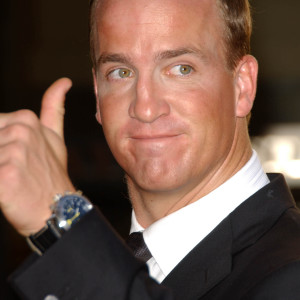 A Whole New Script for Peyton and the Manning Family

Upon hearing about the latest Peyton Manning controversy, the first thought that came to mind was simply this: Are the Mannings the picture-perfect, royal family of football or the real-life version of the elitist, soap-era Ewing family from the hit 1980s television show “Dallas.”

Remember the infamous J.R. Ewing, the unscrupulous No. 1 son who could be a Texas-size headache in an oil-rich family. Is Peyton more like him than we realize? And there are the family patriarchs: the lord-like Archie for the Mannings and the heavy-handed Jock for the Ewings. Can we also see some parallels for those two?

But first, here is the sordid backstory in summary. According to a court document obtained by the New York Daily News and a subsequent explainer article last week, Peyton Manning, in the spring of 1996, then a sophomore quarterback at the University of Tennessee, was accused of sexual misconduct by a team trainer. While being examined for a foot injury, Dr. Jamie Ann Naughright claimed Manning deliberately “sat on her face,” planting his bare genitals on her.

The document also states that Naughright said Tennessee football player Malcolm Saxon was watching nearby, with a look of “shock. In disbelief.”

She quickly reported the incident to the Sexual Assault Crisis Center in Knoxville “within hours.”

Peyton Manning’s version of the incident went like this: Manning’s defense was he committed a prank that went awry, claiming he actually was “mooning” Saxon. But, in an affidavit, Saxon vehemently disputed Manning’s account.

Naughright, who stated in the document that university officials tried to coax her into blaming the incident on a black football player, reached a settlement in 1997, reportedly for $300,000, and departed the school with a confidentiality agreement signed by her and Manning.

However, in 2000, the Manning family broke the keep-quiet agreement, ostensibly to get ahead of the story with their own public version, by publishing a book, co-authored by Peyton and Archie Manning with former Sports Illustrated writer John Underwood. In the book, titled “Manning: A Father, His Sons and a Football Legacy,” Peyton accused Naughright of exhibiting rude and crude behavior by mouthing extensive profanity and vulgarities. Naughright subsequently sued for defamation of character, again reaching a settlement, this time for an undisclosed amount.

In a deposition, as part of the defamation suit, Underwood said Archie, the father, mentioned to him that Naughright was having sexual relations with black football players at Tennessee. However, Tennessee athletes, current and former at the time, stated, in depositions, that Naughright consistently handled herself in a professional and conscientious manner.

Question: Why are a series of events from 20 years ago being dredged up now?

Because six women last week filed a blockbuster federal lawsuit against the University of Tennessee, claiming they were victims of sexual assault by football players and the school violated the Title IX statute by instituting an indifferent system that is biased against alleged female victims.The suit further stated that Tennessee’s athletics department has fostered a hostile environment toward female students and has perpetuated this system since the 1990s, hence the Manning case.

For 20 years, many observers, including myself, had heard about the so-called Peyton Mooning Prank Story. And that was that, just a childish, college skit absent of malice, we thought. Had no idea about these recently exposed details of a tawdry and abhorrent nature. And a father-led cover-up, come on.

With that, many of us viewed Peyton moreso as Bobby Ewing, the good-natured, altruistic brother from the “Dallas” cast playing the foil to the conniving J.R. And, remember, Jock, the father, had to bail out J.R. through various transgressions.

Now, it appears Archie, the father, decided to do whatever was necessary to protect his prized quarterback prodigy of a son. We saw the power-hungry Jock do the same with J.R.

And most of us thought Manning had enough stress and strain trying to navigate the HGH-link-to-Peyton story reported by al-Jazeera that stirred the news-sports world the previous two months.

We surely will hear from advocacy groups, such as Black Lives Matter, and racially charged websites screaming that the Mannings are classic examples of the BLM’s “white privilege” mantra. They will say the aristocratic Mannings used “white privilege” to circumvent public shame and the criminal justice system for the sake of maintaining an aura of nobility and invincibility.

We surely will wonder if Peyton’s product endorsers — from Nationwide Insurance to Papa John’s Pizza commercials — will continue to honor their contractual relationship with him as a nationally popular pitchman.

We will anticipate how this latest issue will affect Peyton’s decision-making process regarding a possible retirement. Peyton turns 40 next month, and the retirement buzz has circulated around him the past couple of years. Even moreso now that he has the chance to ride off into the sunset after his Denver Broncos won Super Bowl 50.

We will debate extensively whether Peyton should be classified in the same category as known NFL domestic-violence abusers, such as the much-publicized Greg Hardy and Ray Rice. Even though Peyton’s situation occurred pre-NFL 20 years ago, similar to the Bill Cosby cases. Does time matter?

We will ask, if these startling revelations are true, then what is Peyton’s Place? Does the Manning family album mirror the Ewing script?

Suffice to say, it appears to be life imitating art, all to protect the family oil and family football.