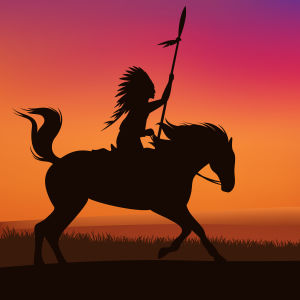 A Word About Thanksgiving Day

There is a plaque on Cole Hill in Plymouth, Mass., that reads, “Since 1970, Native Americans have gathered at noon on Cole’s Hill in Plymouth to commemorate a National Day of Mourning on the US Thanksgiving Holiday. Many Native Americans do not celebrate the arrival of Pilgrims and other European settlers. To them, Thanksgiving Day is a reminder of the genocide of millions of their people, the theft of their lands, and the relentless assault on their culture. Participants in a National Day of Mourning honor Native ancestors and the struggles of Native peoples to survive today. It is a day of remembrance and spiritual connection, as well as a protest of the racism and oppression which Native Americans continue to experience.”

Growing up at a Catholic Indian mission boarding school on the Pine Ridge Indian Reservation in South Dakota, Thanksgiving was a special day to us students because it was the one day in the year that our dining hall was graced with turkey and all of the trimmings of the holiday. We didn’t have a heck of a lot to be grateful for, but we sure did dive into the delicious dishes.

We learned about Thanksgiving Day in the standard history books used to teach children across America. It was only when we grew older and began to question the history that was taught to us that we expanded our horizons and researched as much of our own history as we could find. We soon learned that many of the things in the history books were erroneous, exaggerated and written by the victors to obscure the bad and enhance the good.

Before the protests of the 1970s, Thanksgiving was a holiday that was really a continuation of special days that were a part of the culture and traditions of many Indian people. For example, the Lakota had celebrations called “giveaways” in which an individual or family gave gifts to members of the tribe and in some cases the gifts were to give thanks for an occasion or event that was special to the individual or family. So accepting a national holiday like Thanksgiving Day was really an incorporation of an ancient traditional celebration. The same could be said of Christmas because gift giving was always a part of the indigenous culture.

In modern times most Native Americans know that the historic Thanksgiving Day was mostly a day contrived to mask the realities of a time when the onslaught of genocide and conquest was just beginning. America has a hard time looking at the downside of its history.

Thanksgiving was actually based on a Wampanoag feast known as Nikkomosachmiawene, or Grand Sachem’s Council Feast. In 1621 the feast was brought to the struggling Pilgrims and sparked a day in which the starving Pilgrims became truly grateful and this was the harbinger of Thanksgiving Day.

In an all-Indian school, as I recall, we didn’t elaborate by acting out the parts of Pilgrims and Indians. This was a tradition in the white public and private school systems in America.

I recall speaking to a lady of Kiowa descent who talked about the actions of her fellow students in a public school in Oklahoma. She said she was hurt and embarrassed to see the white children paint their faces and stick cardboard feathers in their hair while they danced and whooped like Hollywood Indians during Thanksgiving week. As a girl from a deeply traditional family, the actions of her classmates brought her to tears.

Many Native Americans are struggling to this very day fighting the aftermath of the invasion. Poverty is rampant, teen suicide is epidemic, the lifespan of too many Indians is far less than their white counterparts, the high school dropout rate is much too high, and there are still legal battles taking place in America by Indians against states and the federal government to correct many grievances still plaguing the Indian nations. The incidents of alcoholism and drug addiction among the different Indian tribes are ongoing.

Native Americans look at Thanksgiving Day differently than other Americans, and most of America would have to walk a mile in our moccasins to really understand why. And it will take more than a holiday contrived by historians and the authors of textbooks to heal the wounds that have existed between the races for 400 years. As the old saying goes, “If you think the federal government can solve all of our problems, ask an Indian.”

And that includes creating a holiday in an effort to mask the true history of America.