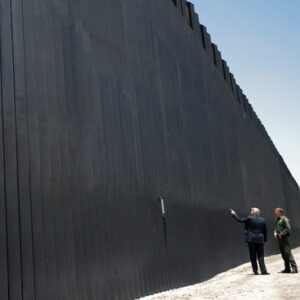 About the Wall and the Case for Ad Hoc Energy Policy

Going to the border and harrumphing won’t solve the very real immigration problem, which pits our humanity against our sovereign entitlement to say what kind of people we are.

We are not alone in this struggle.

From the Indian subcontinent, millions would like to move to Europe, specifically to Britain. Millions of East Asians have their eyes set on Australia.

Within these geographic areas, people also are on the move. Millions from Venezuela have flooded their neighboring countries. Likewise in Africa, where war and famine are ever-present, people try and walk to a marginally better future in another country. In the Middle East, Jordan and Lebanon are flooded with refugees first from Palestine, then from Iraq and Syria.

As The Economist pointed out recently, a slum in Spain is incalculably superior to a slum in Kenya.

The drivers for migration are poverty, violence, crop failure, and political collapse. And persecution, ethnic and religious; for example, the Rohingya in Myanmar have sought refuge in Bangladesh.

The goal of the migrant is the same worldwide: A better, safer life.

The political price paid by the stable democracies continues to be huge. It played a role in Donald Trump’s election as president and will play a role in the next presidential election, whether Trump runs or not. It was the great driver for Brexit and Britain’s seeming self-harming. It has driven the move of Hungary, under Viktor Orban, to autocracy.

It is hard to stop people who have nothing to lose from crossing a frontier if they can. But they aren’t the only migrants. Some, a small number, are opportunists. These are the migrants who overstay student visas, manipulate qualifications for residence, and willfully circumvent the law or contract so-called green card marriages.

But they aren’t what the border crisis is about — any more than it is what the overloaded boats crossing the Mediterranean Sea is about. It is the physical manifestation of desperation.

Because the migration problem is so complex – human problems are almost by definition complex— it isn’t a matter of resolution so much as management. We want, for example, immigrants with high-tech skills, but we are worried about the impact of millions of desperate peasants walking across the deserts.

Now a new driver of migration has opened: global warming. The heat and drought hitting the U.S. West Coast is also hitting Central America and will affect livability.

Adding to the complexity of the immigration conundrum is the labor shortage. Construction depends on immigrant labor, farming on contract labor, and slaughterhouses and chicken processors can’t stay open without immigrants to do the unappealing work.

One small step forward would be a sensible work permit.

It seems to me that the wall — Trump’s wall – isn’t a bad thing. It is a declaration, a symbol. It won’t deter desperate people and it won’t end smuggling. The latter is going to get worse with drones and even autonomous aircraft that can bring their lethal cargoes deep into the United States.

While there is an insatiable market for drugs here, smuggling will continue and even increase. And while that is so, lawlessness south of the border will accelerate.

Sadly, despite Vice President Kamala Harris’s statements, we aren’t going to repair the countries to our south overnight. But we might look to repairing our drug policy, seeing if that can be adjusted to take the profit out of the trade. Except for the gradual, local legalization of marijuana, we haven’t contemplated drug management, short of prohibition, in a century. A new look is due.

There is no single policy that is going to solve the human misery south of the border which drives so many to risk their lives or, through love, to send their children north.

Therefore immigration policy will never be a total, sweeping thing, but rather an ad hoc affair: We need some immigrants, we don’t want others; we have big hearts, but we fear immigration that is unchecked.

We fear the political, cultural, and social change immigrants will bring, especially if they are of a common language and background. Pain in Central America is political torture in the United States.