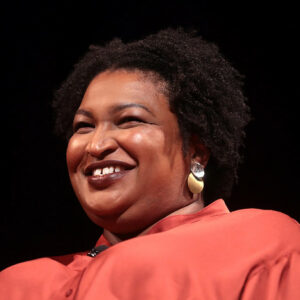 The campaign for Georgia governor is in full swing and Democrats are hitting the stump with promises of expanding welfare to able-bodied adults across the state — specifically, Medicaid.

In an attempt to buoy her argument for growing the welfare rolls, Democratic candidate Stacey Abrams kicked off a campaign tour on March 14 by delivering an impassioned speech in front of a shuttered rural Georgia hospital. But campaign theatrics cannot hide the fact that extending Medicaid to a new population of able-bodied adults has been a disaster in every state that has tried it.

Abrams claims Medicaid expansion would provide a boost to the Georgia economy and budget, but the evidence shows otherwise. According to the data, Medicaid now accounts for nearly one in every three dollars spent by states — leaving fewer tax dollars available for schools, roads, law enforcement and other important budget priorities.

So far, enrollment in other states has shattered projections, with nationwide enrollment more than 160 percent higher than expected, costing taxpayers thousands of dollars more per person than original estimates. Fully expanding Medicaid in Georgia was projected to cost $42.2 billion over 10 years. But now, after seeing what has happened in other states, that estimate has nearly doubled to $82 billion.

Abrams claims that Medicaid expansion will reinvigorate struggling rural hospitals on the verge of shutting down. But looking at other states who have expanded Medicaid, this is simply not the case, and Georgia will not be the exception.

States that have expanded Medicaid have lost thousands of hospital jobs and have seen slower job creation than states that did not expand. In Kentucky, several critical access hospitals have shut down after Medicaid expansion, and one in four hospitals in rural Kentucky are in danger of closing. In Nevada, a prominent regional medical center in Tonopah closedwithin just a year of the state expanding Medicaid. In Pennsylvania, Ellwood City Medical Center closed its doors due to financial problems.

Should Abrams get the opportunity to deliver on her promises, the abandoned hospital she used as a prop would become a common part of the scenery from Bainesville to Brunswick, north to Clayton and west to Trenton, and everywhere in between.

More than half of potential Medicaid expansion enrollees are already insured, and millions of additional people could be pushed out of private coverage if more states like Georgia decide to expand. And for those who need it, solutions that increase access to care such as direct primary care, telehealth, cash agreements and price transparency bring better outcomes for families. I have seen this firsthand.

Abrams often uses anecdotes to illustrate her arguments in favor of expansion, but there are plenty of stories of families. Because they are cash customers, they get exceptional pricing without the hassle of referrals or waiting lists.

In fact, they pay less out-of-pocket for care than they would for health insurance, and they can see any doctor they want without the constraints of Medicaid — increasingly being declined by more and more doctors. While this approach may not be an option for people with disabilities and chronic health problems, that’s the point — Medicaid should be reserved for our most vulnerable.

Medicaid is intended to serve the truly needy such as the elderly, those with disabilities and kids in foster care.

Additionally, according to the Census Bureau, most able-bodied adults on Medicaid do not work, which raises concerns over the program becoming a welfare trap for those without a need at the expense of those who truly do.

Of the 650,000 people nationwide who are languishing on Medicaid waiting lists, more than 7,200 live in Georgia. Who will answer to them when thousands of able-bodied people skip the line?

While Abrams uses Medicaid expansion for campaign stump speeches and soundbites, she’s ignoring the true cost of what this expansion would mean for Georgia: Fewer hospitals, fewer care options, higher prices, longer waiting lists, and many hard-working Georgians would lose their private health insurance as they are forced onto the welfare rolls.

Stefani E. Buhajla is the communications director at the Foundation for Government Accountability. She wrote this for InsideSources.com.