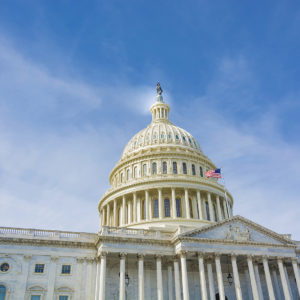 Winston Churchill once sent a dessert back at a restaurant with the complaint, “Take away this pudding; it has no theme.” That description explains Republicans’ tepid support for the American Health Care Act (AHCA) — their vehicle for “repealing and replacing” the Affordable Care Act (ACA, or “Obamacare”).

Whatever one thinks of the ACA, it had a theme: a golden future with more people covered, lower costs, more choices, great websites, lower budget deficits, and doctors and plans you could keep. While most of the promises proved spurious, the overarching goal was intuitive, comprehensible and appealing to a large chunk of the American electorate.

In 2010, a sizable percentage of Americans could recite by heart and understand the major promises ACA supporters were making. In 2017, try this three-part exercise: Gather a group of people more than 50 miles from Washington. Ask them to name and explain five AHCA provisions. Listen for the sweet sound of crickets.

Perhaps someone will say, with hesitation, “It repeals and replaces Obamacare?” But it doesn’t. At best, it slightly bends the ACA toward the concepts of markets and federalism — albeit unconvincingly. Yes, one proposal would let states permit insurers to charge older people more than five times what younger people pay for health insurance; but will states actually do this, thereby butting heads with AARP and older voters?

After a half-hour conversation on the intricacies of IHRPs, an attentive reporter recently asked me, “If healthy people pay less in insurance premiums but more in taxes to subsidize sick people, does that actually make them better off?” I complimented his astute question and said the answer comes down to “Who knows?” Like the ACA, the AHCA would create winners and losers, with no broad philosophical principles determining who falls on which side of the line.

The ACA allowed its proponents to claim a great victory, even if the result was an incoherent dog’s lunch of a law. Perhaps, like the ACA, the AHCA’s greatest virtue lies not in policy but in politics — in this case, the ability to claim a partial ACA repeal.

If that’s the case, then it takes a page from the late Sen. George Aiken of Vermont. In 1966, his suggestion for ending the Vietnam quagmire was (paraphrasing): “Declare victory and bring the troops home.”

If the AHCA allows Republicans to claim “we repealed and replaced Obamacare” while Democrats can continue to claim “Obamacare is here to stay,” then perhaps this will ease the longstanding partisan blood feud and allow a greater focus on important points of health care policy that both sides have largely ignored.

Those ignored points include Medicare’s Soviet-style price controls, which distort the provision of care throughout the economy and pose a mortal risk to the federal government’s solvency. Or the Food and Drug Administration’s cumbersome, antiquated structure that slows the development of new drugs and devices and makes existing ones more expensive. Or federal and state laws and regulations that stifle competition among hospitals. Or that states subject care to a bog of anti-competitive regulations concerning professional licensure, certificate of need, scope of practice, corporate practice of medicine, telemedicine, direct primary care, and more.

If the intertwined ACA and AHCA make it possible to move ahead and focus on these problems, then hurrah for that.