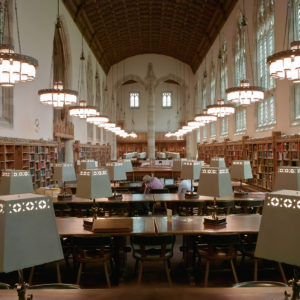 Higher education institutions are increasingly relying on part-time faculty to fill out their course catalogues, according to an organization that advocates for university professors and their colleagues.

The American Association of University Professors (AAUP) released findings from its annual faculty compensation survey in a report this week. After adjusting for inflation, the study found that the average university educator saw a slight increase in pay over the past year. The survey used to inform the report drew heavily from four-year private non-profit and public institutions while few if any for-profit institutions replied, so the AAUP’s findings are not germane to the growing for-profit sector.

Like the big K-12 teachers unions, the AAUP, which has labor affiliates, tends to align with the political left—though strictly speaking the group is nonpartisan. The organization expressed concern in its report that a decrease in the share of tenured and tenure-track positions in higher education could dampen the practice of academic freedom.

According to federal statistics cited in the report, the share of workers classified as “part-time faculty” in colleges and universities rose from 24 percent in 1975 to 40 percent in 2015. The share of full-time non-tenure-track educators also went up in that time, while the share of tenured, tenure-track, and graduate student employees each declined.

Tenured professors are typically paid the most and are given contractual protections that allow them to study and publish in scholarly areas of their choice. Proponents of tenured positions say the practice fosters a free exchange of ideas where educators don’t have to fear dismissal if they take controversial positions. Opponents argue that tenure protections can remove incentives for academics to remain productive.

The increasing reliance on part-time faculty allows universities to cut costs and does not entail a long-term commitment to an employee. While the average salary for full-time professors was just over $100,000, part-time faculty are typically paid per credit they teach, and many end up working at multiple colleges or universities simultaneously to cobble together a living wage.

According to the report, “Even if we assume that a part-time faculty member teaches three courses at one institution and three at another, the earnings from those courses would still likely place him or her near the poverty line.”

Howard Bunsis is an accounting professor at Eastern Michigan University and has spearheaded the AAUP’s collective bargaining advocacy efforts. He spoke critically of the working conditions part-time faculty members face in an interview with InsideSources and said that both tenured and untenured educators deserve a “voice” and a “seat at the table.” He said that students end up suffering when their educators have little job security and unsatisfactory levels of institutional support.

Additionally, Bunsis said that the low pay and lack of benefits for part-timers could be turning a life of academia into an economic luxury. He worries that if current trends continue, people from low-income backgrounds could give up on a career in higher education and a situation could evolve where “the only people who teach are people who are already wealthy to begin with.”

On the other hand, compensation is much rosier for top-level higher education administrators. The average university president’s salary went up 4.3 percent in the last year to nearly $335,000, according to the AAUP report. Overall salaries for higher education faculty increased by an average of 2.6 percent across-the-board.

“There are too many administrators making too much money at every [higher education] institution in this country” said Bunsis. He argued that colleges should be spending more money in the classroom, and less on facilities, overhead, and in some cases, athletics.

The study found that much of the 2.6 percent nominal increase in faculty compensation over the last year was consumed by a higher cost of living. While the report states that university educators “will barely notice this modest increase,” the bottom line is that the purchasing power for university faculty members has increased every year since the tail end of the recession in 2011-2012.