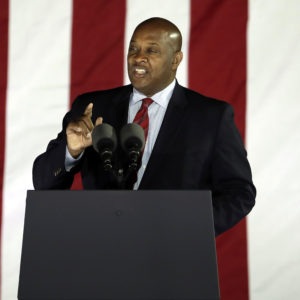 Rep. Dwight Evans, D-Pa., who represents northern and western parts of Philadelphia, called the move “an unfair attack on public education” in an interview with InsideSources.

One day after advancing a repeal of Obama-era teacher preparation rules to the White House, the Senate did the same with regulations aimed at holding states and local schools accountable. The vote on repealing the accountability measures was tight; the Senate passed the measure 50-49.

“I think that fundamentally what the Obama administration was attempting to do was to face up to the fact that we needed to make sure that kids are being educated—and I think that they are trying to go in the wrong direction,” said Evans of the Republicans who backed the repeal effort.

According to the Congressman, eliminating the accountability rules “puts our most vulnerable students at greater risk.”

Under the 2015 Every Student Succeeds Act (ESSA), a landmark piece of bipartisan legislation that rebuked the Bush administration’s No Child Left Behind policies, educational decision-making was largely returned to the states. When it was passed, the Wall Street Journal called ESSA “the largest devolution of federal control to the states in a quarter-century.”

That was before the Obama administration issued regulations that would determine how the law would be implemented. Citing federal overreach in the rules, Republicans used the Congressional Review Act on Thursday to recommend a wholesale repeal of accountability regulations. Using the Congressional Review Act would also bar the Department of Education from issuing rules that are “substantially the same” in the future.

Democrats, led by Sen. Patty Murray, D-Wash., the ranking member of the Senate’s education committee, argued that using the review mechanism to repeal the regulations would leave federal oversight of American schools toothless. Democrats also expressed concerns that mixed signals on accountability could throw state efforts to comply with ESSA into disarray.

In a speech on the Senate floor on Wednesday, Committee Chairman Lamar Alexander, R-Tenn., spoke out against the accountability rules finalized under former Education Secretary John King, saying the order “takes away responsibility from classroom teachers and local school boards. It does this in direct violation of the law that 85 senators voted for just 15 months ago.”

Sen. Alexander has argued against a “National School Board” and has indicated to state educators that they should expect their ESSA accountability proposals would be accepted by the federal Department of Education. According to a letter sent last month from new Secretary of Education Betsy DeVos, the education department will continue to expect submissions of state plans on the original April 3rd and September 18th deadlines.

Rep. Evans disagreed that the passage of the accountability rules repeal aligned with the bipartisan spirit of the original ESSA legislation. No Democratic lawmakers in the House or Senate voted in favor of repeal. Sen. Rob Portman, R-Ohio, a moderate, crossed party lines to vote with Democrats over concerns that marginalized students could be put at risk.

Other right-leaning groups also came out against the proposal to scrap the rules. The U.S. Chamber of Commerce joined a letter with civil rights activists to oppose repeal of the regulations. Similarly, the Fordham Institute’s, Michael Petrilli, a prominent backer of the standards movement that brought about the Common Core, expressed concerns with the Obama-era accountability regulations, but ultimately argued that repeal under the Congressional Review Act would be unwise.

“Senate Republicans have a sledgehammer; Betsy DeVos has a chisel. They should let her use it,” wrote Petrilli.

Weakening the federal education department’s influence over how state education agencies and local school districts operate is a major source of concern for civil rights advocates like Rep. Evans, who is a member of the Congressional Black Caucus.

While Evans agreed in principle that educational decisions are best made at the local level, he said that the Great Society-era federal educational law that ESSA amended is fundamentally a civil rights protection.

Groups that lobbied in favor of the repeal efforts, such as the School Superintendents Association, or AASA, have bristled at the insinuation that local educational leaders don’t have the interests of all of their students at heart.

“I’ve never had a superintendent tell me they are opposed to equity,” Noelle Ellerson Ng, the associate executive director for policy and advocacy for the AASA, had previously said to InsideSources.

President Trump has indicated that he will finalize the repeal of his predecessor’s accountability and teacher preparation regulations, over Democratic objections. Other reports suggest that the Department of Education is already preparing to issue new non-binding guidance to assist states as they craft their ESSA accountability proposals under a new, more permissive, regulatory regime.