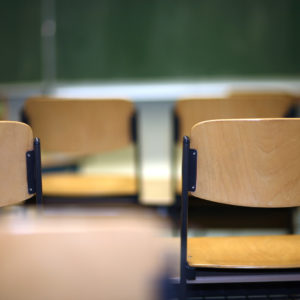 Republicans have the support of the leading national association of school superintendents in their efforts to discard Obama-era K-12 accountability regulations under the Congressional Review Act.

Noelle Ellerson Ng is the associate executive director for policy and advocacy for The School Superintendents Association, or the AASA. Her organization is among others that have given congressional Republicans political cover as they target the Every Student Succeeds Act (ESSA) accountability regulations issued by former Education Secretary John King Jr.

Though the AASA works with both parties on behalf of its members, in this case, the debate over the repeal efforts has broken along mostly partisan lines.

In an interview with InsideSources, Ellerson Ng said that it is unfortunate that the debate over the Obama-era regulations has become so pitched, and she suggested that the tenor of the debate has divorced the conversation from the reality of what is actually at stake with the rules repeal.

“The idea that anyone who supports the CRA is ‘going nuclear,’ is wrong,” she said.

Interestingly, the AASA had reacted positively in November to the final regulations they are now working to scrap.

When the final rules were issued, Daniel A. Domenech, the AASA’s executive director, called the regulations “a solid improvement” over the more controversial draft regulations the education department had floated in May, 2016.

Now that power has shifted in Washington, however, there is a sense that an even better deal can be had, particularly among those eager to return decision-making over school accountability to local educators.

Its not as if federal and state accountability of schools will disappear, Ellerson Ng argued. Many accountability provisions, such as the requirement that educators measure reading scores, math scores, and graduation rates, are specifically enumerated in ESSA.

Furthermore, many states have accountability regulations on the books dating back to the prescriptive No Child Left Behind era.

The effort to push through the repeals by way of CRA, from a superintendents’ perspective, is about ensuring the devolutionary spirit of the law shines through in its implementation.

For 15 years, whenever a state or local education official tried something innovative, “they were told ‘no,’” from the powers that be, said Ellerson Ng.

“Something like PTSD is going on,” among educators who are still gun-shy about trying new approaches to improving schools, she said. For the AASA, pulling back the regulations is a way to signal to local stakeholders that Washington is serious about giving them more leeway.

Ellerson Ng, also expressed frustration at the insinuation, among some, that if the regulations are repealed, local school districts will start discriminating against at-risk student groups.

Todd A. Cox, the NAACP Legal Defense Fund’s policy director was quoted in a release opposing the CRA repeal efforts in which he cited the accountability regulations’ role in holding “schools accountable for the success of all students” and “reducing exclusionary discipline practices that disproportionately impact students of color.”

“I’ve never had a superintendent tell me they are opposed to equity,” said Ellerson Ng.

Furthermore, she said that the opponents of the CRA repeal efforts should keep in mind that there is “no guarantee” that the new administration would actively enforce Sec. King’s accountability rules.

Scrapping the rules, and getting the education department to issue new regulations under Sec. Betsy DeVos is a way to ensure buy-in from the new leadership.

So if the regulations are repealed, what is the AASA hoping to see happen moving forward?

As Diane Stark Rentner at the Center on Education Policy indicated previously to InsideSources, states are already well underway in crafting their ESSA plans, so should the rules repeal pass, there is unlikely to be a major impact on how states craft their plans, besides some increased opportunity for flexibility at the margins.

Ellerson Ng expects states to continue working on their plans, and for the new education secretary to issue clear new rules or guidance in a timely fashion to lead those efforts.

In a letter to Chief State School Officers, DeVos acknowledged some of the mixed signals from Washington concerning the implementation of ESSA.

She said that the CRA efforts in Congress, and a temporary regulatory freeze from the White House “should not adversely affect or delay the progress that States have already made in developing their State plans and transitioning to the ESSA.”

One specific area where local superintendents are hoping to get clear permission to be more independent is in choosing whether to assign schools a single summative indicator.

Under previous regulations, districts or states had to sum up a school’s performance by a single letter grade, or by a single phrase aligned to a rubric. This policy was designed to give parents an at-a-glance understanding of a school’s quality.

While some systems may continue to employ such summative rating systems, and Ellerson Ng said that it is a “well-intentioned policy,” local educators have expressed frustration to her organization at having to use such blunt instruments to boil down a school’s quality from across a variety of indicators and performance metrics.

Finally, Ellerson Ng expects Congress to continue to exercise “the strong lead” it has played in its oversight of the law.

Lawmakers “deserve every ounce of pride” they have expressed in the bipartisan agreement they reached under ESSA, she said. It is important to the AASA that the regulations governing the implementation of ESSA stick to the law’s underlying intent.