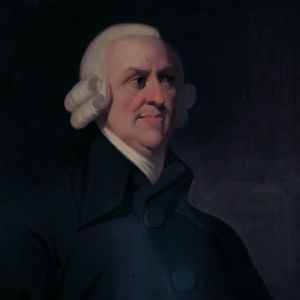 InsideSources recently published an op-ed celebrating the birthday of famous economist Adam Smith, which included a statement on the Jones Act. In this piece, “Corporate Welfare, 18th-Century Style,” the authors proclaim “the Jones Act restricting commercial shipping between American ports to domestic shipping firms, vessels and crews” is among “countless examples of modern corporate welfare.”

Clearly, these authors have never read, or have completely forgotten, the very Smith book they commend as “still guid(ing) our thinking today.”

Had the authors actually read Smith’s “An Inquiry Into the Nature and Causes of the Wealth of Nations,” they would have known that he recognized the need for a small number of exceptions to his free-market economic theory, specifically as it pertains to national defense. In fact, in his book, Smith specifically cited cabotage laws like the Jones Act as one of those very exceptions:

“There seem, however, to be two cases, in which it will generally be advantageous to lay some burden upon foreign, for the encouragement of domestic industry. … The first is, when some particular sort of industry is necessary for the defense of the country. The defense of Great Britain, for example, depends very much upon the number of its sailors and shipping. The act of navigation, therefore, very properly endeavors to give the sailors and shipping of Great Britain the monopoly of the trade of their own country, in some cases, by absolute prohibitions, and in others, by heavy burdens upon the shipping of foreign countries. … As defense, however, is of much more importance than opulence, the act of navigation is, perhaps, the wisest of all the commercial regulations of England.”

That’s right, Smith, capitalist hero of conservatives, highlighted the British equivalent of the Jones Act as perhaps the wisest of all the commercial regulations of Great Britain.

Today, the defense of the United States, like Great Britain at the time of Smith’s writing, depends very much upon a strong domestic shipping capability, according to many of the nation’s top military leaders.

For example, Gen. Paul J. Selva, former commander of U.S. Transportation Command and now vice chairman of the Joint Chiefs of Staff, just last year said, “I can stand before any group as a military leader and say without the contribution that the Jones Act brings to the support of our industry, there is a direct threat to national defense. …”

His comments reflect the important modern role the domestic American maritime industry plays in sustaining a pool of qualified mariners; a commercial shipbuilding, maintenance and repair industrial base; and a shipping and logistics network necessary to meet defense sealift needs.

Thomas A. Allegretti is chairman of the American Maritime Partnership, the voice of the U.S. domestic maritime industry.