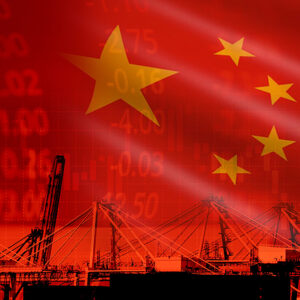 Adapting to Reliance on Imports of Battery Metals Is Dangerous

Of all the serious issues surrounding U.S. energy resources, few are more important to America than the one the Biden administration is sidestepping. The need for a new mining policy to end our dependence on China for lithium and other crucial raw materials.

Although lithium is critically essential in the manufacture of batteries for electric cars and the electric grid, the administration is balking at endorsing changes in mining regulations that would make it less difficult to open new mines in the United States. It’s a glaring and dangerous mistake.

Despite soaring demand for lithium and the importance of EVs to the administration’s energy, climate and jobs agendas, the United States is nearly completely indebted to China for lithium and other battery materials. There is only one operating lithium mine in the United States, the Silver Peak Mine in Nevada, despite rich lithium deposits across the country from California to Arkansas to North Carolina and even Maine. Our potentially crippling over-reliance on China for battery materials is the legacy of complacency with outsourcing and a misguided aversion to mining. It’s an aversion now so embedded in federal policy that it could make U.S. dependence on mineral imports a vulnerability that dwarfs OPEC’s sway on the price of fuel at gas pumps.

Global lithium demand is poised to grow 40-fold by 2040, according to the International Energy Agency. But the United States is all but asleep at the wheel. Global lithium prices have already exploded 500 percent in a year due to fears of short supplies.

The heads of U.S. auto companies — General Motors, Ford, Tesla and others — recently warned that shortages of lithium-ion batteries could stall the production of EVs.  One auto industry analyst warned that by 2030 global automakers will be unable to fill up to 35 million expected EV orders because there will be no batteries to propel them.

The way out of this bind is obvious. By reshoring mineral supply chains, we can address two serious threats at once: climate change and reliance on China and other geopolitical rivals for critically important minerals and metals.

The public interest in combating global warming and reducing our alarming over-reliance on mineral imports requires that we adopt a more rational policy toward mining in the United States.

Mine-permitting reform should be a priority. Addressing the barriers to domestic mineral production and the red tape holding back private mining investment is as essential as incentivizing investment in domestic battery manufacturing or new charging networks. There is no building an American EV industry and secure battery supply chain without ramping up domestic production of lithium and other essential battery metals like nickel, cobalt and graphite. We have the resources. What we currently don’t have is the political will and foresight to address the bureaucratic barriers standing in the way. It’s here the Biden administration must lead.

The administration can’t play both sides of this issue. It takes nearly 17 years on average to move mining projects from discovery to first production. Now is the time to remove the obstacles. The risk of indifference not only threatens the administration’s EV and climate agendas but risks trading the treacherous geopolitics of the oil barrel for China’s unrivaled control of battery supply.

David Banks is a former vice president of a mining industry trade association. He wrote this for InsideSources.com.