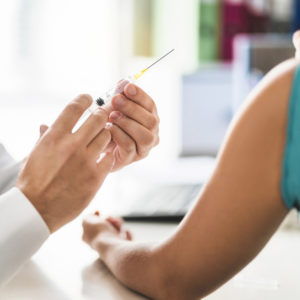 Additional COVID Boosters Are a Sham

The debate over COVID boosters has become supercharged, and federal regulators are to blame … yet again. The Food and Drug Administration’s recent approval of a second booster shot for adults 50 and over creates a precedent of unpredictability for future vaccine authorizations.

The FDA’s announcement came less than a week after Pfizer and Moderna announced in mid-March they would seek another emergency use authorization for a fourth dose of their mRNA vaccines. As vaccination remains vastly effective against severe disease and death, boosters have been rendered unnecessary for the overwhelming majority of Americans. Additional doses prevent mild infections only for a few months and barely lowers the risk for a healthy person who may already be vaccinated and carry natural immunity as well.

Our federal regulators are meant to be the gold standard for public health guidance, especially when there are uncertainties about epidemiological events like COVID-19. Although there is no public health emergency anymore, another authorization for an unproven fourth COVID dose jeopardizes Americans’ trust in the government to make justified decisions.

Despite any data our federal agencies may support, vaccination will never block transmission — in fact, all of us will eventually experience a breakthrough infection. The FDA should see through their regulatory-filled roadblocks and understand that nonstop vaccination efforts are a dead end.

More than two years into the COVID-19 pandemic, and our “health experts” still have yet to take into account the effect of natural immunity. At least 140 million Americans have antibodies that protect them from the coronavirus — that’s almost double the figure used in national metrics. In addition, new data from Qatar found that “natural infection was associated with stronger and more durable protection against infection than mRNA vaccination.” Still, no new guidance has been offered from any leading federal agency.

Regulators have neglected crucial information about public health and bypassed their own advisory committees to fast-track a highly unnecessary fourth dose.

When Pfizer was granted its first emergency use authorization in December 2020, it took almost a month for the proper regulatory process to take place. How the times have changed! In 2022, less than a week before the FDA’s recent decision, the governing body hadn’t planned any meetings to discuss or evaluate data on a second booster shot — and neither had the Centers for Disease Control.

The speed of this authorization marks a departure from the FDA’s previous three authorizations. Of course, that was back when the FDA still had its top two officials as well as the respective advisory committees convened to assess information regarding vaccination data.

Both the agency’s director and deputy director in charge of regulating vaccines resigned after clashing with the White House’s decision to authorize the first booster shot for all adults last fall. The figureheads even penned a strong rebuttal to the agency’s decision, saying the FDA needs to shift its focus on the unvaccinated instead of universally boosting an already-majority fully vaccinated population.

Dr. Jesse L. Goodman, a former chief scientist at the FDA, said she “would not want to see an advisory committee skipped on this” as federal officials continue to strategize how to address vaccine and pandemic fatigue, a feat that has yet to be correctly approached. Even as confidence in our government’s faux-science leaders falls off a cliff, advisory committees serve as counterpoints to object to any outstanding issues in overall regulation.

Authorizing a fourth dose of the vaccine without the advice of its own expert committee is a bad look for the FDA — one that’s sure to create even more skepticism in an American populace that already has trust issues.

And Americans have plenty of reasons to be skeptical. An Israeli study that tested the efficacy of a second booster suggests that a fourth dose is not only ineffective against the omicron variant but is simply “not good enough.” The authors went so far as to write that “most infected healthcare workers reported negligible symptoms,” a significant discovery that represents the mildness of an average breakthrough infection.

Sarah Fortune, chair of Harvard University’s Department of Infectious Diseases, responded to the Israeli data by saying that constantly receiving boosters may exhaust people’s immune systems and that “T cell exhaustion is a concern that researchers should watch out for.”

So why does the FDA continue to approve boosters amid a low-risk omicron variant accompanied by an even lower-risk subvariant? It’s about time our top health agencies stop sidelining the actual data that should be driving our everyday decisions. The FDA needs to use their advisory committee on vaccine recommendations before authorizing more doses and releasing potentially harmful guidance for Americans.

Jorge Velasco is a student in Government and International Politics at George Mason University. He wrote this for InsideSources.com.