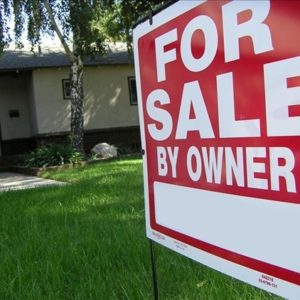 “By any measure, much of rural America has still not recovered from the Great Recession.”

That’s according to the National Rural Housing Coalition (NRHC), a nonprofit advocate for rural housing. As evidence, it points to the dire and growing housing crisis in rural America that effects financially challenged residents who want to either purchase or rent homes.

With higher poverty levels, declining populations and limited access to affordable mortgage rates, rural communities often struggle to meet the housing needs of its residents, the NRHC says. This lack of affordable housing is, in turn, promoting an exodus from these communities as mostly younger residents leave in search of jobs and housing.

“There is a supply shortage, which leads to increased costs,” NRHC Executive Secretary Bob Rapoza told InsideSources. “I’m told that part of the reason for the shortfall [is] that during the Great Recession a lot of these builders in small communities — these mom-and-pop types — went out of business,” he said. “There aren’t businesses building housing anymore — or there to fix up the [dilapidated] housing.”

George said that younger persons who leave their rural communities for education do not return, because “there are no viable economic opportunities for them.”

A 2019 report from Stateline, an initiative of The Pew Charitable Trusts, shows one-fourth of the nation’s most rural counties have seen a sizeable increase in the number of households spending at least half their income on housing, a category the federal government calls “severely cost-burdened.”

Take the example of Norton, Virginia.

City Manager Fred Blaney says Norton — nestled in the heart of Appalachia’s coal country, the smallest city in the Old Dominion, with fewer than 4,000 residents — saw its “severely cost-burdened” population soar to 22 percent from 12 percent in recent years — one of the largest increases in Stateline’s study.

Blaney blames his city’s problems on the loss of coal jobs.

“Coal was a major employer for the whole region and it drove not just our local economy, but the regional economy,” Blaney told InsideSources. “So almost overnight we saw a [boon in] the gas industry… and that was followed very shortly with a drop in coal jobs.

“And we’re talking thousands of jobs,” he said. “Millions of dollars of income that had been flowing into our local and regional economy just disappeared overnight — it was really quick, quicker than what anybody could have ever anticipated.”

Rapoza proposes a solution to the rural housing crisis:

“I think that the government needs to play a bigger role than it has,” he said. “The programs at the Agriculture Department that serve the lower-income families have been reduced now for several years.”

When asked what the solution might be, HAC’s George agreed that “Obviously there could be more federal interventions that would help affordability.”

“But at the end of the day, it is still a private market issue, where the production of more affordable housing would greatly enhance the housing crisis.”