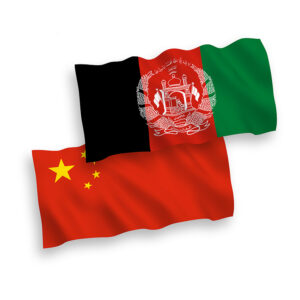 Afghanistan and China, a Budding Relationship

Since the U.S. departure from Afghanistan, perhaps the clearest victor in Afghanistan is China.

One might ask why a nation not involved in the 20-year war, that has no close historic cultural ties with the Taliban, would be interested. But they are indeed interested.

What is most apparent is that China has options that did not exist just weeks ago.

We should note China is one of the few countries that continues to have its embassy in Kabul open for business. The Taliban is apparently providing security to the embassy.

China says its involvement in Afghanistan has to do with warding off a humanitarian crisis while the Taliban claims to be opened to investment. Reports indicate China is willing to provide “$31 million” in aid. Among China’s options for gaining a foothold, this is not one that is free to the receiver as we have seen in other parts of the world.

When China is involved, China is the boss.

Many in the West are worried about the possibility that China could see American weakness by its surrender and interpret it as a green light to capture Taiwan. It’s not clear if that would work to China’s short-term benefit. Leaders in the Communist Chinese Party (CCP) could use a rationale for action later if the U.S. was under some pressure somewhere else in the world and perhaps could not afford a full-scale military action.

Perhaps the Chinese will keep that option on hold – for now – but it’s clear the Chinese are engaged on the possibility.

The takeover option is not getting enough attention in the West. Nonetheless, given the CCP’s long-held desire to gain actual control of Taiwan, it is undoubtedly in the conversation today in China.

As former Veterans Affairs Secretary (and notably former Under Secretary of Defense) Robert Wilkie documented: “China has already warned Taiwan that it can’t count on the United States to rescue it from the People’s Liberation Army and Navy.”

This is a message that Taiwan has received clearly.

Creating an option through building a relationship with Taliban leaders, is important to the CCP as it aims to gain access to the large and not fully exploited deposits of minerals in Afghanistan.

“…Afghanistan is believed to be sitting on one of the richest troves of minerals in the world,” wrote Ahmand Shah Katawazai in The Diplomat. “The value of these resources has been roughly estimated between $1-3 trillion.”

Writing for CNBC, Weizhen Tan pointed to the uses of such mineral wealth beyond the obvious military value for equipment.

“Rare earths are used in everything from electronics to electric vehicles, and satellites and aircraft.” No one can dispute the importance of such materials in a country intent on hegemonic dominance (and beyond).

China may visualize a relationship with the Taliban leading to the option of forcing thousands of Uyghurs who migrated to Afghanistan to escape persecution back to China.

This is likely lower in priority – it’s only a few thousand people – but China has a more important goal of keeping the Uyghur issue confined to China’s borders. Their thinking is likely out of sight, out of mind.

A short-term option that would not meet resistance from the Taliban is taking over Bagram airfield. Gaining an increased level of international prestige – another aim of Chinese leaders – would, in the eyes of some in the international community, portray China as a country of enhanced diplomatic power.

China currently denies such intent, but the claim likely did not emerge from thin air. There may not be enough to gain by exercising this option. Western nations would more likely view the move as one rogue nation cozying up to another. But, it remains in the quiver.

Whether moving China’s position forward through cash aid, taking over Taiwan, accessing rich mineral deposits (most likely through a partnership for excavating with China being the obvious senior partner), forcing Uyghurs back to China to keep them from the gaze of the international community, or taking Bagram, many options abound.

President Joe Biden created the options for China in what is an ever-expanding exposure of curious decision-making. The obvious airfield decisions that led to the deaths of U.S. service members and the stranding of U.S. citizens and allies will not go away, but new problems will continue to emerge.

The Chinese are content to move on all fronts methodically and slowly as necessary.

We can bet that once this situation is out of the focus of American and Western leaders and media, China will still be advancing its position in the region.