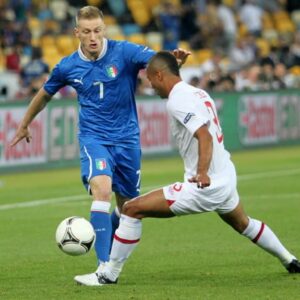 The tension was building for days. Commentators of all political stripes were writing that the English, divided between right and left, liberals and conservatives, haves and have-nots, upper and middle and lower classes, were coming together at last. The unifying force: A game of soccer, or football, between the English and Italians for Euro Cup 2020.

“This town isn’t divided, we’re one people,” headlined The Sunday Times over a feature about a city named Blackburn. One-third of its inhabitants are from the Indian subcontinent, “and we all love England.” “Long described as ‘segregated,’” said the paper, “the south Asian community is cheering on Kane and co. as loudly as anyone else,” Kane being the very Anglo-looking English captain, Harry Kane.

But why 2020? The answer is simple. Euro Cup 2020 was postponed, not canceled. Like the postponed Tokyo 2020 Olympics, opening this month, this quadrennial display of Eurocentric athletic prowess would forever be known as 2020. Here, a year later, was evidence that the pandemic was contained and we could pick up where we left off before we had the magic vaccine for defeating COVID-19.

Alas, if symbolism were needed, success was not to be. In a shootout of penalty shots, the Italians edged out the English, 3 to 2, after both teams had played to a 1-1 draw in 90 minutes of regulation, then 30 minutes of “extra time.” As England missed the last penalty shot, the air burst from its balloon. There would be no victory parades, no crowds going crazy in Trafalgar Square, no sirens wailing through the night as when the English defeated Denmark, 2-1, in the semi-finals four days earlier to get into their first major international final since defeating West Germany in World Cup 1966.

Their dream deflated, the English had to go back to concerns of life-or-death significance. As of Monday, July 19, by fiat of Prime Minister Boris Johnson, rules about wearing face masks or gathering in pubs or restaurants will be history except that no one quite thinks normal life can resume, at least not yet. Critics of widely varying persuasions are complaining they’re easing the rules too early, the pandemic is far from over.

As in so many other countries, the issue of how strictly to impose and then enforce the rules, how strongly to insist that everyone submit to “the jab,” as vaccinations are called here, was both a political and a medical issue.

Johnson, having recovered from a bout with COVID-19 in April 2020, now declares the entire country on a fast track to recovery while staving off criticism of his performance on behalf of his people. His experience resembles that of former President Donald Trump, who was hospitalized with COVID shortly before the November 2020 presidential election. His case was revealed to be quite serious, but he insisted on getting back to the White House and contradicting much of the advice that Dr. Anthony Fauci, director of the National Institute of Allergy and Infectious Diseases, was putting out about the severity of the pandemic.  For Trump, the goal was to please his hard-core followers, to many of whom there’s still no pandemic and vaccines are useless if not dangerous.

In two weeks here, I’ve felt the uncertainty of Britain’s response to COVID-19 along with the excitement over Euro 2020. Awaiting my departure on the day after the Euro final, I’d already tested negative on five mandatory COVID-19 tests, first before checking in for the flight from Washington, second on day 2 after my arrival in London, third on day 5 to get out of quarantine, fourth on day 8, also required, and lastly two days before leaving for D.C.

Considering I already had a vaccination certificate recording two Pfizer jabs in Washington, I wondered whether all this testing was needed. But then, what does anyone know for sure? The frenzy over Euro 2020 provided an invigorating distraction. Too bad, like conquering this dread disease, victory for England proved elusive.