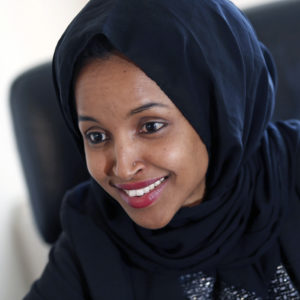 Early this year, Minnesota lost a senator when Al Franken resigned amid allegations of sexual harassment. Although Democratic Governor Mark Dayton tapped his lieutenant governor, Tina Smith, to fill the seat on an interim basis, voters will select a permanent replacement in November. The aftermath of Franken’s resignation continues to ripple through the state’s politics, as demonstrated on Tuesday, when candidates scrambled to file for both state and national races.

Politics in Minnesota have been somewhat chaotic since the start of 2018. After Franken’s resignation in January, the seat was filled by the lieutenant governor, leading to a battle in the state supreme court over whether the sitting Senate majority leader could fill that position without resigning her seat in the legislature. When the dust settled, the GOP contenders were relatively predictable. The DFL (Democratic-Farm-Labor) side, however, is setting up for a number of contentious primaries.

Dayton, a Democrat, has announced that he will step down after completing his term. A field of five from will vie for his seat in the Democratic primary. St. Paul state Rep. Erin Murphy won the party’s endorsement, but will face challenges from Attorney General Lori Swanson and First District U.S. Rep. Tim Walz.

Swanson had originally tried to keep her seat as state AG, but lost the party’s endorsement to challenger Matt Pelikan, who was endorsed by acclamation. That still might not be enough for him to carry the seat, though.

Murphy’s behavior as the endorsed candidate already has some state Democrats worried.

“When she came to make her choice on the last day of the convention, she didn’t seem to take into account basic electoral math,” writes local liberal blogger Dave Mindeman, explaining that the ticket could cost Democrats a crucial state senate seat.

“Erin Murphy decided to choose Erin Maye Quade as her LG choice. [Quade] is a DFL House Representative (Note: important). As a member of the House DFL caucus, she is running for re-election to her seat. As an incumbent, she was probably going to win. But as the LG candidate, she will have to leave her seat open and that puts this particular seat at risk because it is a swing district.”

Meanwhile, with Swanson out of the race, several other candidates have entered (or re-entered), including sitting Rep. Keith Ellison, who is also deputy chair of the Democratic National Committee. He hopes to use the seat to counter President Trump’s policies from the state level.

“I’ve thought long and hard about this,” Ellison said. “In fact since the election I’ve thought of nothing else. This was a great weight. But I decided this morning that the right thing to do is not seek comfort and security and to do what the dictates of my conscience are telling me.”

Ellison has already won the endorsement of Governor Dayton, who called him “a courageous champion for working people.”

Ironically, Ellison’s decision could end up hurting Democrats in his district. Since it is considered safely Democratic, the race for Minnesota’s Fifth District will likely be decided when voters vote in the primaries this summer. This could depress turnout for the general election in the fall, hurting Democrats in state-wide races.

On the Republican side, three candidates have filed to enter the governor’s race. Former Governor Tim Pawlenty is likely to face the strongest competition from former Minnesota House Representative and current Hennepin County Commissioner Jeff Johnson, who was also endorsed by the state Republican Party. Pawlenty’s campaign announcement spoke of the need to make college more affordable, cut down on health care fraud, eliminate taxes on social security benefits and go after the drug companies responsible for the opioid crisis. However, he entered the race late, after months of speculation in the headlines.