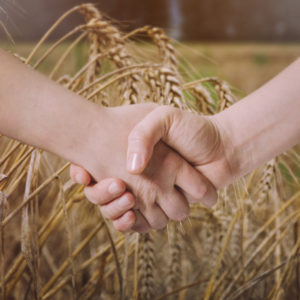 Talks to renegotiate the terms of the NAFTA agreement began on a grim note. U.S. Trade Representative Robert Lighthizer spoke not only of the trade agreement’s benefits, but also of its shortcomings, saying that “for countless Americans, this agreement has failed,” a reference to the hundreds of thousands of manufacturing jobs that have left the U.S. since the initial agreement was signed more than twenty years ago. For workers, his words may have been encouraging. For U.S. agriculture, however, decisions made at the NAFTA talks have the potential to radically change an industry accounting for more than $130 billion in exports.

On Wednesday, agriculture organizations representing the U.S., Mexico, and Canada sent letters to government officials in each of the three countries urging them to modernize, rather than dismantle, the trade agreement. The joint letter expressed an “eagerness” to work to improve agricultural trade in North America by expanding on the gains already achieved under the existing NAFTA agreement.

“Agriculture in each NAFTA country would suffer greatly from disruptions to the trading relationships that have developed over the last 23 years,” the letter read. “With the productivity of agriculture growing faster than domestic demand, Canadian, Mexican and U.S. farmers and ranchers rely on export markets to sustain prices and revenues.”

Foreign export markets are essential for American farmers. According to the USDA, exports account for more than 20 percent of the volume of U.S. agricultural production. Agriculture is considered a reliable trade surplus sector and exports for the 2016 fiscal year totaled slightly less than $130 billion.

Canada is the leading export destination for agricultural products. More than $20 billion, or 15.7 percent of American agricultural exports cross the northern border. Mexico is the third-largest trading partner, with more trade in the sector than the entire European Union.

Agriculture is increasingly an interconnected industry. Leaders of trade groups in all three countries are stressing the need to renew the agreement to both align sanitary measures between the countries and to make cross-border trade easier.

“NAFTA has boosted the incomes of millions of farmers and has facilitated the development of profitable export markets,” said Ron Bonnett, president of the Canadian Federation of Agriculture.

NAFTA is even more important to protect since Trump announced that the U.S. was pulling out of the Trans Pacific Partnership earlier this year. That decision stung the agriculture industry, which now faces punishing tariffs for many export markets.

However, the goal of free and fair trade is not universally shared. Certain sectors of American agriculture, including milk and sugar, are protected by tariffs. Others, such as various types of produce, have struggled to compete with foreign competition. Winter fruit and vegetable growers in Florida have cut the acres they plant in tomatoes by 25 percent since NAFTA was first signed, while growers in Mexico have increased production by 230 percent.

On the other side of the country, grain producers in North Dakota argue that Canadian laws regarding weed contamination in grain make it all but impossible for them to sell to elevators in Saskatchewan. Maintaining cross border trade in both crops and animal products that is free of pathogens is a particular concern for the agriculture industry and will likely be a major topic of discussion this week. This issue effects both livestock and grain sellers. In 2003, a cow brought from Canada into the U.S. later tested positive for mad cow disease and several countries including Mexico and Japan temporarily closed their borders to American beef.

As a result, the agricultural industry is not entirely united behind NAFTA. Many think that the agreement lowered prices, leading to the decline of the family farm and the rise of corporate agriculture.

“For decades, farming and rural communities across the country have suffered lost jobs, lowered wages, and fleeting economic liberty as a result of our nation’s free trade agenda,” said Johnson, who urged the administration to preserve domestic authority over agriculture policy and to support policies that kept prices higher and kept smaller farmers more sustainable.

Although American agriculture trade has expanded since NAFTA was first signed, the number of farms in the U.S. has steadily declined. Critics of the policy point out that 20 percent of farms are currently operating 70 percent of U.S. farmland and that between 2013 and 2016, 42,000 farms ceased operations. How much of this can be credited to NAFTA no one can really say, but increased foreign competition makes an easy scapegoat.

As the talks continue, industry groups and farmers will be watching the details closely. For America’s farmers, the details of the NAFTA agreement are anything but in the weeds.