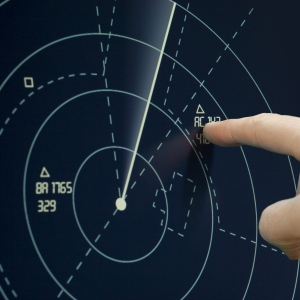 The Air Traffic Control System Is a Miracle, Handle with Care

The air traffic control system is one of the miracles of our infrastructure: an essential and silent cornerstone of modern transportation. Not only is it the largest and most complex air traffic system on earth, but it is the most egalitarian. It integrates little Textron Cessnas into the same airways as Airbus A380s and Boeing 747s. It manages flights to the smallest airports and the largest.

To know how it works and to have been involved with it as a pilot is to love the system, to venerate it and to want to see it survive. The system was celebrated in “Pushing Tin,” the 1999 film with John Cusack and Cate Blanchett.

But it is falling behind the times. Like so much of the infrastructure, it is getting old and has suffered from inadequate sustained funding for years. Attempts to modernize it have been haphazard, underfunded and subject to whims of contractors and Congress.

The first thing about the air traffic control system we have is that it works and it works safely. The second is that it is in real time: You can’t park airplanes in the sky while you fool with new ways of doing things.

The system’s governance has grown too sluggish and bureaucratic, but is the solution to create a corporation? Isn’t that the kind of thinking that gave us Amtrak?

The technical plans for the future of the air traffic control system come under the rubric of “NextGen.” That means using new technologies and changing from the present radar-based system to a GPS-based one. There is no doubt that it will be more efficient and get more airplanes into the sky and onto the ground with the same number of runways. FedEx has already proved that with a privately funded experiment in Memphis.

But NextGen will be a great upheaval. It involves converting from a system that works perfectly with humans at every stage to one that relies on advanced technology for the grunt work of air traffic separation.

It also will affect the air traffic controllers — the heroes of today’s system — who love what they do as much as the pilots who they direct. It is a band of brothers and sisters tied together by tension, excitement and the certainty that they make a difference and that what they do is unforgiving of sloth, stupidity or moodiness.

New systems will affect these extraordinary people bound together by the camaraderie of aviation — which is as strong a bond as I’ve ever found.

They will go, as airline pilots have, from being people who control things to people who manage systems; the art of air traffic control will be subsumed to the technology of air traffic control. No more seat-of-the-pants, just systems management. No more controllers like the one at Atlanta’s Hartsfield-Jackson International Airport who told me and my flying partner Mike Skov in bad weather, “Get in here! I’ve got a hole.”

Or the controller at New York’s LaGuardia who said at 5 p.m., when I was stuck behind a line of jets, and the jet wash was causing my little plane difficulties, “Gentlemen, let me get the single out ahead of you, if you don’t mind.” I went. Machines don’t do kindness, people do.

The case for privatization is that the Federal Aviation Administration is too bureaucratic to manage the changes in the system that are needed. It suggests that the current system is failing. It isn’t. But it is falling behind the technology available: Its computers are old, systems date back to the post-World War II era.

What the FAA’s system needs now is steady funding to facilitate the technological revolution. It doesn’t need a system that will favor the airlines, UPS and FedEx. Can a company be expected to treat the small, rural airport and the small airplane with the same care it does now when money is the rationale?

Surely, there are other ways of streamlining the FAA bureaucracy and guaranteeing multi-year funding without flying into the clear blue yonder of privatization.