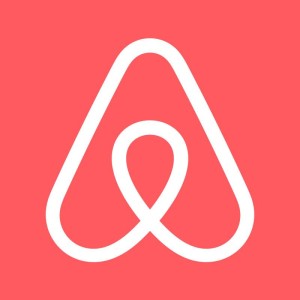 Airbnb Readies for a Regulatory Battle at the D.C. Council

The lodging rental company Airbnb has faced battles over regulation across the country. Now the on-demand economy giant is getting ready for one in Washington, D.C.

A pair of proposed bills before the D.C. Council would limit how Airbnb users can rent out their homes and other properties using the company’s online portal. The Washington Post described the specifics last month:

One bill, backed by a large hotel workers union, would ban the rental of whole units without the owner or occupant being present, and prevent hosts from renting out more than one unit at a time. It would also create a special enforcement division within the District’s Department of Consumer and Regulatory ­Affairs to conduct inspections, and empower third parties — such as neighborhood groups or housing affordability advocates — to sue for violations.

… The big hotels in the District, which have a combined 27,698 rooms, have offered their own draft legislation. Their measure would limit the number of units that one host could rent at a time to five, but it would allow for whole-unit listings and does not contain many of the enforcement measures of the bill pushed by [the hotel workers union].

It’s unclear how much support these proposals will have in D.C., which has largely “embraced the sharing economy,” in the words of Democratic Mayor Muriel Bowser. Yet this past Monday offered a preview of what debate over regulation could look like, as WAMU’s The Kojo Nnamdi Show hosted Airbnb’s spokesman and several guests who were critical of the company.

New America Foundation fellow Steven Hill, who recently authored the book Raw Deal: How the ‘Uber Economy’ and Runaway Capitalism are Screwing American Workers, argued that Airbnb effectively pits local residents against tourists. For example, he said he’s interviewed tenants who’ve been kicked out of their rental units to be replaced by Airbnb renters. Nnamdi noted that some of their landlords aren’t average homeowners, but entrepreneurs with many properties.

In response, Airbnb’s spokesman Nick Pappas offered an aggressive defense of his company, calling it a lifeline for middle class families looking to make extra money.

“The overwhelming majority of our hosts are regular people who are sharing the home in which they live,” Pappas said. “We have heard from countless hosts who are only able to stay in their home and in the city they love because of Airbnb and because of home-sharing.”

RELATED: Rubio Calls for Fewer Regulations for the On-Demand Economy

Describing what renters get out of the Airbnb experience, he said they get a “local, authentic experience” when they travel and “the opportunity to belong anywhere in the world.” (“Belong anywhere” is also the tagline to the company’s ads, which sell the idea that you’re “never a stranger” if you’re staying in someone’s home.)

Pappas said he would look forward to working with D.C. on “fair, progressive, and reasonable regulations,” but Hill accused him of “the usual Airbnb whitewashing.”

“The data that we have shows that generally about 40 to 50 percent of the revenue Airbnb is getting is coming from hosts who control multiple properties,” Hill said. He allowed that the basic concept behind the company was a good one, but said it was in need of the type of regulation D.C. is considering.

Hill’s new book raises concerns about how on-demand services are affecting the economy. For example, he’s worried that Uber doesn’t provide drivers with the kind of pay, benefits, or reliable schedules that traditional taxi drivers have historically gotten.