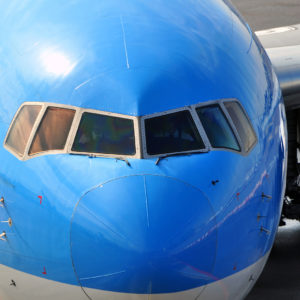 On your right, you see a miniature horse. Straight ahead, a pig. To your left, a monkey.

No, you’re not at the zoo. You’re at the airport, where airlines allow all sorts of untrained “emotional support” animals to fly alongside their owners.

Yet these same airlines often refuse to transport animals used in lifesaving medical research. Several prominent carriers — including United Airlines, British Airways, and Qatar Airways — have yielded to pressure from fringe activist groups and stopped carrying animals for biomedical research. Other airlines have placed severe limits on the transport of research animals.

Airlines have no practical justification for banning research animals. Unlike support animals — which have a long history of disrupting flights and even attacking passengers — research animals don’t fly in cabins. They travel in cargo compartments, where they can’t bother passengers.

Most airlines also fly animals to zoos, so they don’t seem to have a moral objection to flying captive animals.

Instead, these carriers have drawn an arbitrary line at biomedical research because they have given in to pressure from PETA. British Airways, for instance, refuses to fly “live animals that are used for laboratory or for medical experimentation,” but will transport “live animals requiring carriage for other purposes, including conservation and/or breeding.”

Such bans run afoul of federal law, which clearly states that “an air carrier or foreign air carrier may not subject a person, place, port, or type of traffic in foreign air transportation to unreasonable discrimination.” Live research animals qualify as a type of traffic, and yet, unlike pets and companion animals, they are practically banned from air travel.

Airlines have adopted these policies to appease animal activists, who oppose any kind of research on non-human subjects, no matter how necessary or humane. By capitulating to these extremists, airlines are impeding medical progress.

Without animal research, scientists wouldn’t be able to discover and test new therapies and medical devices. Treatments for everything from HIV/AIDS to heart disease are the product of animal research. It’s difficult to name a single medical advancement that didn’t rely on some form of animal research as part of its development.

Future breakthroughs in the fights against cancer and Alzheimer’s depend on continued animal research, and the ability to transport animals easily and reliably is crucial to ensure that medical research realizes its full potential. When it comes to laboratory animals and biomedical research, no cargo means no cure.

Many federal agencies — including the National Institutes of Health, the Food and Drug Administration, and the Centers for Disease Control and Prevention — actually require research in animal models before approving a new drug or medical device.

The Department of Transportation can help break the airlines’ stalemate by opening an investigation into the policies of airlines that restrict the transport of research animals. If the DOT finds those practices to be discriminatory, it should require airlines to nix them — and to comply with the law.

Airlines already accommodate all sorts of animal companions for passengers — from dogs to emotional support peacocks. It’s about time they accommodated animals that support all of humanity — the research animals that scientists need to treat and cure every disease from lupus to Parkinson’s.

Matthew R. Bailey is president of the National Association for Biomedical Research. He wrote this for InsideSources.com.