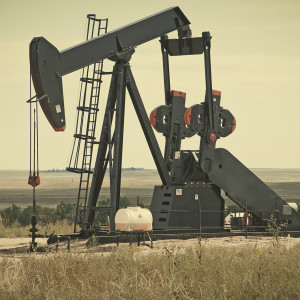 Lifting America’s 40-year-old ban on crude oil exports would create jobs and potentially lower gas prices, among other benefits, according to a new report released Wednesday by a pair of free-market groups.

Authored by economists Margo Thorning and William Shughart of the American Council for Capital Formation and Strata, respectively, the report points to studies by centrist think tanks such as the Brookings Institution and the Aspen Institute as evidence of bipartisan support for lifting the ban.

Thorning and Shughart argue that exporting crude oil would create jobs “in a variety of sectors, from the traditional jobs that are directly related to extraction, construction and manufacturing sectors to indirect gains in professional services and consumer-related industries.”

The authors also make the case that “if we diversify supply and increase the amount of crude oil flowing into global markets, assuming international demand remains constant given the integration of efficient technologies, the world price of crude would fall.”

A few Democrats in Congress have recently joined many of their Republican colleagues to advocate for lifting the ban. These include Sen. Heidi Heitkamp of North Dakota, Sen. Joe Manchin of West Virginia and Rep. Henry Cuellar of Texas. Outside of Washington, Gov. John Hickenlooper, D-Colo., also endorses the idea.

“There’s increasing interest among policymakers,” Thorning said on a conference call with reporters Wednesday. “I think pressure is building to overturn the ban sooner than later.”

Shughart added, “The economic basis … is really a no-brainer,” and Thorning said she agreed.
The authors’ report makes no mention of the potential environmental consequences of lifting the ban, but green groups have spoken out against the idea.
“Repealing the ban would open the floodgates to more crude oil extraction and the burning of petroleum products, which would worsen the impacts of climate disruption,” Friends of the Earth’s Marcie Keever said in a statement to The Hill last month.
Asked about opposition from environmentalists, Shughart said on Wednesday’s call that many renewable energy sources “don’t scale up” to the point that they are viable alternatives to oil. Advocates note that the global crude market continues regardless of whether America is part of it. The question, they say, is whether the United States wants the economic boost.
Follow Graham on Twitter