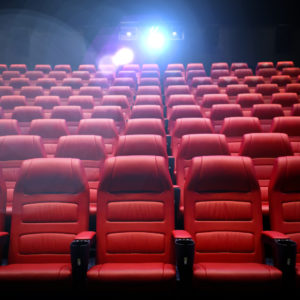 What is AMC Theatres thinking?

The movie chain has no customers, and the COVID-19 lockdowns aren’t going away any time soon. Every major movie release has been pushed back, most for at least a year.

The last great, hope for a blockbuster summer, Christopher Nolan’s Tenet, has been delayed twice. While movie theaters are beginning to start the process of reopening, seating will be restricted, masks and social distancing required, concessions limited — more an exercise in shared misery than an immersive experience.

And yet, with all the headwinds blowing against American cinema, AMC Theatres struck a deal with Universal Studios that would send movies (and their ticket sales) out of the theaters and onto the living room couch faster than ever.

The move has left the other theater chains scratching their heads and asking, “Why?” It may be that the movie chain is less crazy and more “crazy like The Fantastic Mr. Fox.”

There’s no doubt that AMC has surveyed the landscape and come to the same conclusion that so many other businesses have. Nothing may ever be the same again.

Those franchises will be fine. After all, Disney+ is the must-have streaming service for families. With the House of Mouse offering its live-action take on Mulan for the bargain price (at least compared to theater pricing) of $30, Disney is signaling it doesn’t think normal is returning any time soon, either.

But AMC doesn’t own a must-have streaming service. What it does have is a network of relatively loyal followers and a will to try and save itself. Change is inevitable, but it doesn’t have to be bad.

The cinema experience post-pandemic can take one of two paths — premium service, or shared misery. Consumers and movie distributors alike should welcome the former and embrace the post-pandemic innovation coming out of Tinseltown.

Rather than trying to force a return to normalcy, AMC is instead choosing to embrace change.

By becoming a champion of earlier consumer access to screen-at-home movies, AMC will have the freedom to pivot its live cinemas into a premium entertainment business. Strip down the number of seats; ramp up the luxury; double or triple the cost of a ticket; serve beer, wine and premium food. Going to the movies will be an experience on par with going to a live theater.

By striking a deal with Universal Studios, AMC is trying to position itself as the home theater of choice. Universal Studios may not have that Disney franchise pedigree, but it has three premium billion-dollar franchises lined up over the next few years in Fast and Furious, Jurassic Park and Minions.

As part of the deal allowing Universal the right to move movies to home streaming after three weeks, AMC will retain a portion of rental revenue. And this is the point where AMC’s rush to strike a deal begins to make sense. The deal essentially gives AMC’s streaming platform  — AMC Theatres on Demand, an anchor potentially benefitting AMC, Universal Studios, and consumers all at once.

While the shared misery concept may work for airlines, a less enjoyable movie-going experience means consumers will go to the movies less often if they go at all. That path leads to a world where there is nothing but the big summer blockbuster. No more arthouse or indie movies. Just the big money makers delivered to a smaller audience at inflated prices.

But what if AMC chooses instead to become both a premium in-person cinema and the one-stop-shop for in-home cinema? It allows the company the flexibility to still offer an excellent movie-going experience, while at the same time promoting and providing movies that might not be profitable in a new normal of smaller crowds and higher prices.

Of course, this is all speculation. But it doesn’t take insider knowledge to see the empty parking lots aren’t going away any time soon.

AMC may just be looking out for its bottom line, but its deal with Universal Studios may save consumer cinema.