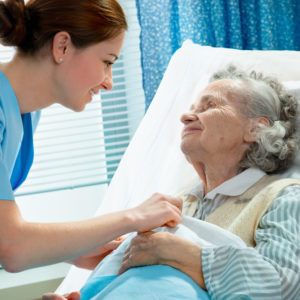 The latest estimate from the Centers for Disease Control and Prevention puts life expectancy in 2018 at “78.7 years, an increase of 0.1 year from 2017.” It’s a welcome reversal for a three-years-in-a-row trend of declining longevity. The phenomenon that has come to be called “deaths of despair” — i.e., white, middle-age folks killing themselves with booze and drugs and suicide — may have maxed out.

And if the U.S. Census Bureau’s estimators can be trusted, the downward blip in an otherwise relentless march toward getting older will soon be forgotten.

At 15 pages, “Living Longer: Historical and Projected Life Expectancy in the United States, 1960 to 2060” is light reading. But the fiscal, economic and social consequences of its projections are profound.

Bad news for our “patriarchy,” gents: While the “gender gap in life expectancy” narrows, females will continue to enjoy a nontrivial edge. Back in 1960, men lived 6.5 years less. A century later, the deficit slips to 3.4 years.

One of the reasons the United States is bound to grow grayer is the rising share of Latinos living here. Due to immigration and a higher birthrate, the “Hispanic health paradox” will boost national longevity.

Citing the work of researchers Alberto Palloni and Elizabeth Arias, “Living Longer” notes that “racial or ethnic misclassification on vital registration data” is a possible explanation for why people of Central and South American ancestry have, given their socioeconomic status, unexpectedly fewer medical problems.

Self-selection (“the propensity for healthier Hispanics to migrate to the United States”) is another. Finally, “social and cultural ties that influence health behaviors” might play a role.

Whatever the cause or causes, the average life expectancy for a Latino born in 2017 is estimated to surpass the comparable figure for whites by just a bit, and be five and a half years longer than the projection for blacks and Native Americans.

Gender, racial and ethnic minutiae aside, the Land of the Free is getting older.

A 2018 calculation by the bureau found that the elderly will “outnumber kids for the first time in U.S. history” by 2034. And that means increased healthcare needs — big time.

“Living Longer” offers the gloomy reminder that old age is “associated with an increased risk of disability, disease and multimorbidity — having two or more chronic health conditions such as heart disease and diabetes.”

As The Wall Street Journal recently noted, Baby Boomers “start reaching their 80s in 2026.” And the Original Snowflake Generation has not given a good account of itself vis-à-vis nutrition and physical activity.

Living longer, sicker, is bankrupting the national government. For the vast majority of beneficiaries, federal entitlements give much more than they take.

The Urban Institute’s number-crunching of “the expected present value at age 65 of (Social Security and Medicare) benefits received in retirement and taxes paid over a career for households with different earnings and marriage histories” supplies bracing evidence of why the United States is $23.4 trillion in debt. For example, a “single woman with low earnings ($23,400 in 2018 dollars)” will enjoy a lifetime entitlement windfall of $310,000.

Much of the funding for Social Security and Medicare is delivered via the payroll tax, a hideously regressive levy that redistributes wealth from the working young to the retired old. As Urban’s Howard Gleckman notes, “income tax payments don’t begin to exceed payroll taxes until household incomes reach six figures, and only really dominate for those making $200,000 or more.”

What are “leaders” planning to do to address looming insolvency, and the appalling unfairness of generational predation?

The current occupant of the White House warns that the “socialist Democrats” are “trying to destroy your Social Security,” but “that won’t happen with me,” because “my administration is protecting your Social Security, your Medicare.” His likeliest opponent supports “Medicare for All” — a cockamamie proposal to expand an entitlement with a hospital-insurance “trust fund” that, its trustees say, faces the start of depletion in six years.

Americans will be living longer in 2060. Terrific. But a dubious blessing, if Washington is broke.