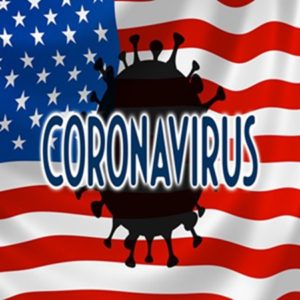 American Individualism Is Dividing and Killing Us During COVID-19

To compound the COVID-19 crisis, we have a cultural crisis. It is a crisis of our individualism.

This aspect of American exceptionalism is now killing us, on a per capita basis, faster than people in any other country. We are in a health crisis that demands collective action from people who revere individual freedom over the dictates of the many, as expressed by the government.

Simply, we must wear masks and stay away from groups. It works; it is onerous but not intolerable.

There is a hope, almost a belief, afoot that by the end of the year there will be a vaccine, and that the existence of a vaccine will itself signal an end to the crisis.

A reality check: No proven vaccine yet exists. Although all the experts I’ve contacted believe one will work and several might.

Another reality check: It may take up to five years to vaccinate enough people to make America safe.

My informal survey of doctors finds they expect one-third of us will be keen to be vaccinated, one-third will hold back to see how it goes and one-third may resist vaccination because they’re either opposed in principle or consider it to be a government intrusion on their liberty.

If their expectation holds true, COVID-19 is going to be with us for years.

No doubt there are better therapies in the pipeline to deal with COVID-19 once the patient has reached the hospital. But that won’t affect the rate of infection. The assault on our way of life and the economy will continue; the price our children are paying now will escalate.

If you’re pinning your hopes on a vaccine, several may come along at the same time and jostle for market share.

That happened with poliomyelitis: Three vaccines were available, but one failed because of alleged poor quality control in manufacture. If there is a scramble among vaccines, look out for financial muscle, politics, and nationalism to join the fray. None of these will be helpful.

So far, there has been a catastrophic failure of leadership at the White House and in many statehouses. “Say it isn’t so” is not a policy. That is what President Donald Trump and Republican governors Ron DeSantis of Florida and Brian Kemp of Georgia have, in essence, said — resulting in climbing infections and deaths.

We know what to do: A hard lockdown for a couple of weeks would stop the virus in its tracks. It worked in New York.

We are in a war without leadership. We have governors forced to act as guerrilla chiefs rather than generals of a national army under unified leadership with common purpose.

Right now, we should hear from the political leadership about what they plan to do to slow the spread of COVID-19 and how, when this is over, they plan to rebuild: What will they do to help the 20 million to 30 million people in hospitality and retail whose jobs have gone, evaporated?

Refusing to wear a mask may have deep cultural significance for some, particularly in the West, but for all of us, restaurants are part of the fabric of our living. For most us, the happiest moments of lives have been in a restaurant, celebrating things that are precious milestones in life, like birthdays, engagements and anniversaries.

We can’t give one cultural totem precedence over another.

More than half the nation’s restaurants may never reopen — employing 10 percent of the nation’s workforce and accounting for 4 percent of GDP — and the biggest helping hand to them would be to throw the Defense Production Act at manufacturing millions of indoor air scrubbers. It would increase livability for all, ending our isolation from each other.

Wash your hands, America. Don’t wring them. We can beat the virus when we fight on the same side with science and respect the commonweal.