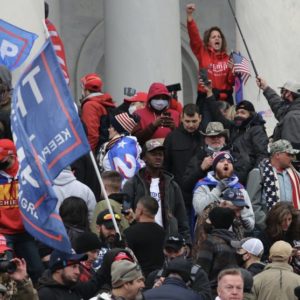 As we mark the 50th anniversary of the Watergate break-in on June 17th, the January 6th Select Committee hearings are laying bare a different attack on our democracy.

Neither event was solely about the preceding action — the break-in or a mob assault. Watergate and the resulting cover-up involved more than just stealing documents and bugging phones. It revealed abuses of power and presidential arrogance.

The January 6, 2021, insurrection was much more than an attack on the U.S. Capitol, as dangerous and grotesque as it was. It was a direct result of a criminal conspiracy orchestrated by the Trump White House to overturn the legitimate results of the 2020 election and silence the voices of millions of Americans.

Although investigations of Watergate and January 6th have many similarities, they may have markedly different consequences.

Both Watergate and the January 6th insurrection involved significant threats to democracy, cover-ups by White House officials, mass resignations (or threats of resignations) in both administrations, and some Republicans who stood up for the rule of law and accountability. Both involved high-profile prime-time hearings.

At first, the Watergate crisis didn’t shock the conscience of the nation in the early 1970s. Before impeachment proceedings against then-President Richard Nixon began, the public wasn’t initially convinced. After a public airing of irrefutable evidence of his wrongdoing, overwhelming bipartisan majorities supported his removal. Millions of viewers tuned in as the story of the break-in and cover-up unfolded before their eyes, hearing testimony from presidential advisers, the attorney general and others.

There are also key differences between the investigations of Watergate and the January 6th insurrection, not the least of which was the media environment. In the 1970s, our media was more concentrated (only a few national TV networks, no cable TV/social media) and more mainstream in tone, with greater trust among the viewing public. Fast forward to 2022: today’s media environment includes significant right-wing “media” sources, such as Fox News, OAN and Newsmax, and social media platforms’ algorithms and business models that incentivize highly polarizing and divisive content — including political mis- and disinformation, all of which present significant challenges for Americans to trust they have received the full truth about what happened on January 6.

While President Nixon resigned in disgrace after his approval ratings crashed and he faced an expected impeachment for his role in Watergate, President Donald Trump, despite being twice impeached, refuses to admit he lost the 2020 election and still enjoys popularity among many Republican voters. The January 6th Select Committee hearings are laying bare the criminal conspiracy launched by Trump and his cronies to avoid the peaceful transfer of power after he lost the election.

The American people deserve true political courage in this moment. We need more conservatives of conscience to put country over party and stand up for the rule of law and accountability. While some notable ones have, including representatives Liz Cheney of Wyoming, Adam Kinzinger of Illinois and a handful of congressional Republicans who voted for the second impeachment, they are the exception. A majority of them are either retiring or face uncertain electoral fates.

We need the Department of Justice to act forcefully to defend and uphold the rule of law and ensure accountability. DOJ recently indicted Peter Navarro and Steve Bannon for criminal contempt, as well as five extremist members of the violent Proud Boys who were recently charged with seditious conspiracy. This is a start, but it is disappointing that DOJ won’t indict former Trump chief of staff Mark Meadows and adviser Dan Scavino.

Last, we need the public to demand accountability and not rest until it is secured. Our history shows this is more than possible. After Watergate, mobilization by Common Cause supporters and others helped pass a number of consequential reforms, including the Ethics in Government Act and amendments to the Federal Election Campaign Act. Republicans of conscience worked with Democrats to implement anti-corruption reforms.

“We the People” deserve the truth, and our country needs accountability to prevent future attacks. We emerged from Watergate with stronger anti-corruption laws. The January 6th insurrection and its effects on our democracy are not over. Those espousing the former president’s “Big Lie” are leading us down a dangerous path and working to elect officials who will overturn elections to favor their candidates. Only with truth, accountability and, ultimately, reforms can we prevent another criminal conspiracy and insurrection because Donald Trump and many of his followers are working today to ensure the next one succeeds.