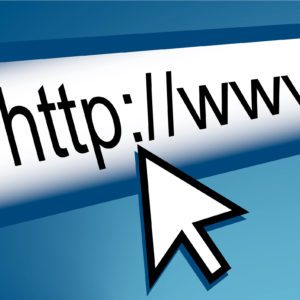 Posted to Technology December 15, 2020 by Corynne McSherry and Katharine Trendacosta

The internet is built on sharing.

We retweet, reblog and reshare material all day, from silly TikToks to breaking news. And we contribute to the cultural and political conversation by adding our own commentary and insights. This kind of activity is the lifeblood of the everyday online experience.

The Copyright Alternative in Small-Claims Enforcement Act — also known as the CASE Act — aims to turn that activity into a daily financial risk. The CASE Act purports to help fix the thorny problem of copyright infringement online by creating a new tribunal within the Copyright Office composed not of judges but of “claims officers.” These claims officers will be able to issue fines up to $30,000.

In theory, this tribunal makes it easier for those small artists who lose the most from infringement to recoup their losses. In practice, it will make it easier for copyright trolls to shakedown unknowing internet users. It is telling that the CASE Act’s best chance at passage is to be quietly included in “must pass” spending legislation that has nothing to do with copyright, so legislators will feel pressure to vote for it without considering the risks.

That’s no way to legislate and it’s not what artists, internet users or anyone else needs. The global pandemic, and the increasing dependence on internet communication that has come with it, remind us as never before that copyright policy is also speech and innovation policy. And proponents shouldn’t be trying to make it in the closing days of this legislative session, transparently hoping that no one will notice until it’s too late.

As a San Francisco-based organization that has been the leading voice on digital rights issues for 30 years, the Electronic Frontier Foundation sees this bill for what it is: Flawed, dangerous for internet users and useless for small creators.

For example, in a vague nod to due process, it allows defendants to opt out of the Copyright Office process. But it does not explain how that is done — apparently the Copyright Office gets to figure that out on its own.  In any event, that approach means that those with resources — the Big Tech Companies, media companies, etc. — will be able to hire lawyers to track notices and take care of opting out. To be clear, they will opt out, because a regular federal court offers far more protections.

But regular internet users will not know that, even if they actually read the notice. Indeed, if they get a notice from a group they have never heard of, about something they do not understand, and based on a common activity they do not realize could be unlawful (or not — it may also be a lawful fair use) they are likely to ignore it. Which would put them on the hook for up to $30,000, in a time when the majority of Americans say they could not come up with $400 in an emergency.

It should be telling that this bill has had almost no debate in Congress. That means no chances for senators and members of the House to hear about the fatal flaws of this bill. Instead, it got merely a speedy hearing and vote in the House Judiciary Committee where a representative laughed and said that a claim that could mean up to $30,000 in damages was “truly small” — an assessment most Americans do not share. Especially when they are being asked to pay it.

Regular internet users deserve better — and so do artists, photographers and internet users. If legislators want to have a serious discussion about what that might be, let’s have it, in the open, with representatives from all of the affected communities. In the meantime, CASE is the wrong way forward.