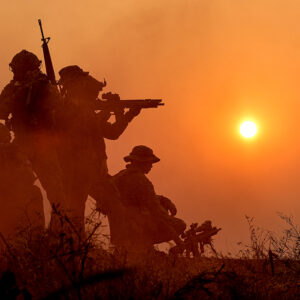 America’s Defeat in Afghanistan: The Problem was the Entrance, Not the Exit

With the sudden collapse of the Afghanistan government and swift return to Taliban rule, the American public is now understandably in disbelief and wondering what when wrong. How is it possible the most powerful military in the world lost despite spending over $1 trillion dollars and the enormous sacrifice of our brave men and women?

The origin of America’s defeat is unquestionably a result of President George W. Bush’s flawed decision to occupy and rebuild Afghanistan in 2001. The United States relied upon an inferior political-military strategy that failed to heed the lessons of the Vietnam War. The problem was the entrance – not the exit.

With the Bonn Agreement of 2001, the fundamental approach of the United States in Afghanistan was to reduce violence to a level that would facilitate nation-building. The goal was to establish a modern Afghan state with Western political institutions and a liberal civil society.

The only problem, however, is that such a strategy is not based on evidence and has a poor track record of success. First and foremost, the imposition of democratic institutions simply does not work. At best, the effects are negligible and only yield symbolic reforms. Efforts to democratize another country may also be viewed with disdain by local residents who regard the forceful establishment of a Western system of government as a malicious ploy to replace sacred traditions and indigenous culture.

Meanwhile, the effectiveness of foreign aid and economic development is hotly debated among scholars. Long-term development programs rarely promote growth, reduce poverty, or advance future investment. Of course, this is not to suggest that the provision of foreign aid is never beneficial, but the gains are typically marginal. With respect to counterinsurgency warfare, there is little evidence that would suggest that economic growth or reduction of poverty would reduce insurgent violence.

The United States’ own assessment confirmed the impotency of political and economic development within the context of insurgent warfare. The U.S. Inspector General for Afghanistan Reconstruction concluded the United States “greatly overestimated its ability to build and reform government institutions in Afghanistan” and that “the large sums of stabilization dollars the United States devoted to Afghanistan in search of quick gains often exacerbated conflicts, enabled corruption, and bolstered support for insurgents.”

The second major dereliction of the George W. Bush administration was a failure to establish clear objectives or conditions that would warrant eventual withdrawal. Other than the initial pronouncement to remove Afghanistan as a safe haven for terrorists, Bush never promulgated a coherent exit strategy.

Would the pullout be premised on the rate of civilian casualties, the number of insurgent attacks, the number of democratic elections, or some sort of measure of economic development? Even the United States’ manual for counterinsurgency operations stipulates an incoherent and broad list of ‘progress indicators’ including agricultural activity, availability of electricity, and whether residents pay taxes. But officials never articulated which of these disjointed indicators would be most important or deemed critical for success and subsequent withdrawal.

Assuming that success would even be possible for Western forces, defeating an insurgency and nation-building requires multiple generations to occupy another country and the commitment of blood and treasure. To be sure, many experts believe it takes decades to achieve any meaningful progress. Even then, there is no guarantee of success. Other scholars have also noted the paradox that occupations of a longer duration cause the host-nation government to become increasingly dependent upon foreign assistance and more likely to collapse if left on its own. Recent events in Afghanistan only seem to support this proposition.

America’s defeat can ultimately be traced back to Bush’s ill-conceived decision to occupy the country. To be fair, successive administrations had ample opportunity to extricate the United States from Afghanistan, but the origins of failure reside squarely with America’s entrance – not its exit. Indefinite occupation and nation-building was an irresponsible counterterrorism response to 9/11 and our troops should never have been deployed without an exit plan. Mission creep from counterterrorism to counterinsurgency further exacerbated conditions and rendered any future withdrawal more difficult.

The flawed entrance of the United States into Afghanistan resulted in its disastrous exit. American policymakers failed to internalize the lessons of the Vietnam War as enshrined by Weinberger-Powell Doctrine that emphasized the necessity of attainable objectives and a clear exit strategy for any military commitment. America’s defeat is therefore not surprising. Indeed, nearly 10 years ago I declared that the “United States faces defeat in Afghanistan.” Our strategy was untenable and our adversary tenacious.

At some point, we will once again need to reflect upon the lessons of Vietnam and now Afghanistan, and the futility of winning the ‘hearts and minds’ of citizens in a distant country. For now, U.S. policymakers must focus on evacuating Americans and vulnerable Afghans who sacrificed so much for their country.

Jeffrey Treistman is an assistant professor of national security at the University of New Haven. He wrote this for InsideSources.