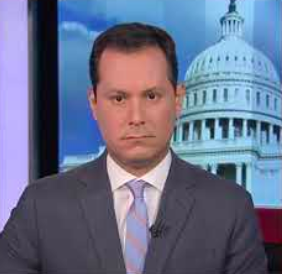 In the wake of the crippling coronavirus ( COVID-19 ), Americans are witnessing a resurgence of Federalism in their local communities unlike any in recent history.

The actions state and local officials are taking to combat the spread of a highly communicable disease has been a shining example of Federalism in practice.

Daily Beast Editor and MSNBC contributor Sam Stein marveled on Twitter at the response of local officials and the private sector, tweeting “I’m not the first person to make this observation but it truly is remarkable the degree to which local and state officials, as well as private entities and businesses, are making these massive public health policy decisions while the feds seem to be moving much more slowly.”

Another salient accidental light bulb appeared over the head of Daily Beast editor Molly Jong Fast, a fervent critic of President Donald Trump, when she tweeted “So the states are basically governing themselves because our president doesn’t know how to ‘president’ at all?”

There’s plenty to criticize about the Trump administration’s initial response to the virus appearing stateside, but Stein and Jong-Fast have the story completely backward. Letting the states handle responses from community to community is exactly what a president should do, and precisely what Trump is doing.

Amid the caterwauling from progressives like Mayor Bill de Blasio or Senator Bernie Sanders for Trump to nationalize large portions of the American economy or supply chain, it’s the states who are exercising their power, and indirectly bringing an end to any discussion of putting the federal government in charge of our entire healthcare system.

Facing a real crisis, citizens are tuning out the political food fights on cable news and turning to their local response teams and governors. This is not a one-size-fits-all dilemma. Some states and cities have been hit much harder than others. But it’s the actions of mayors and governors, in coordination with the CDC who are offering the most united front for concerned people in their communities.

This is both a national and international epidemic, but it is also 20-25 separate state-level epidemics. While Donald Trump’s messaging has been bombastic and sporadic at times, governors have been direct and making tough choices in their communities.

Local governments have enormous powers to declare public health emergencies in ways that the executive branch simply does not. Trump cannot cancel elections, as Gov. Mike DeWine did in Ohio. Trump cannot order businesses, restaurants and clubs closed the way states like Massachusetts and New Hampshire have done. Trump cannot issue shelter orders, nor can the administration issue citations and fines the way San Francisco is choosing to do.

If COVID-19 is to be defeated, it will be defeated at a local and communal level.

One would hope there would be a lesson in all this for the Democratic presidential candidates teleconferencing across the country: An all-empowering federal government is incapable of handling the entirety of our healthcare system (we tried this five years ago, despite the amnesia of the national media) or nationalizing community colleges.

There should be large structural and philosophical changes to the federal government as we come out the other side of this. COVID-19 should be a generational wake-up call that socialism and passive voice communism isn’t the solution — as we’ve seen in China and Italy and on Twitter from young newly elected members of Congress and media stars.

Younger people should be turning off cable news and the mixed messaging coming from Washington D.C., and instead tuning into the work of their local officials.

There is much that can be and should be learned from the coronavirus crisis by both young people and pundits, as well as journalists who — one would think — should know better.

Stephen L. Miller, aka @RedSteeze, is the host of the Versus Media Podcast and has written about American politics for Fox News, National Review and the Spectator USA. He wrote this for InsideSources.