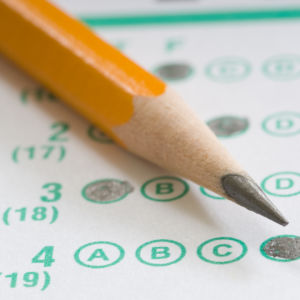 After Turbulent Waters, PARCC Steadies Itself

K-12 standardized testing from the Partnership for Assessment of Readiness for College and Careers — a federally funded consortium of states and the District of Columbia — faced a difficult early going when it launched a few years ago, but there are clear signs of hope after a successful year for the tests and a series of setbacks for one-time members that decided to implement their own testing.

After initially being administered in half the states across the country in 2011, PARCC tests, aligned to the Common Core State Standards, are now given in just seven in addition to the District. They’ve faced administrative challenges and technical problems, drawing criticism from many opposed to standardized testing, including politicians, education experts, teachers, parents, students and the media.

But all may not be lost for PARCC supporters. The 2016 testing period passed with few incidents, and based on both empirical and anecdotal evidence, opt-out rates dropped significantly. There was higher participation in Rhode Island, New Mexico and New Jersey, just to name a few states.

Several recent studies also gave PARCC tests good reviews. The National Network of State Teachers of the Year called them “an improvement and the right trajectory,” along with the Smarter Balanced tests. The Thomas B. Fordham Institute said PARCC and Smarter Balanced outperformed other assessments. Finally, there was much fanfare over a Mathematica Policy Research study in Massachusetts, which showed PARCC is effective at measuring college readiness.

“The findings provide early evidence that [#PARCC] does what it was designed to do: measure college readiness.” https://t.co/TX3j0r7y48

PARCC CEO Laura Slover sounded pleased with recent developments in a memo last Thursday. “This success is a function of not only the innovative design of the test itself, but also significant ongoing investments by the PARCC states to train and support school staff responsible for administering this year’s assessment,” she said.

Slover added that PARCC responded to criticism by reducing the length of testing by 90 minutes and promising to release results more quickly this summer.

The decline in PARCC popularity is attributed to several factors, chief among them the political attacks that the test took from right and left. Many conservatives viewed the test as a proxy to pile on frustrations over Common Core. On the left, teachers unions saw derailment of PARCC as a means to stop accountability measures. The unions pushed the opt-out movement, which led to many students declining to take the test, particularly in New York and New Jersey. PARCC member states were largely unprepared for the intense political firestorm.

At the same time, states that abandoned PARCC have seen downsides of doing so. The education news website Chalkbeat reported, “The process of leaving consortia that was meant to pacify local protests against Common Core-aligned tests has actually led to chaos and confusion in the classroom, not to mention extra costs to those same states to develop replacement exams.”

Chalkbeat gives the Hoosier State as an example: “If Indiana were still in the consortium, taxpayers would have spent about $12 million last year for the 500,000 students who were tested. Instead, the state paid about $24 million … for its state-specific exam and is contracted with Pearson for about $32 million this year and next year.”

PARCC is under no illusions, and in her statement, Slover said they’ll “continue to evolve and adapt in order to meet the needs of states, school districts, educators, students and parents.” It’s also true that some experts are taking issue with the Mathematica study and other signs of success. Still, it’s better to be a PARCC booster today than it was last year, now that talk of turnaround has some evidence behind it.