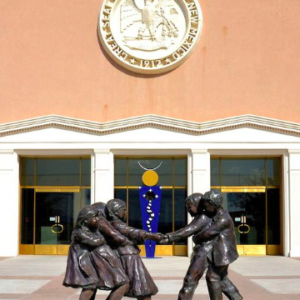 An Antidote to 2020’s Budget Balderdash

It’s the holiday season — do we have to talk about government finances?

Yes, we do, because on January 21st, the solons are coming back to Santa Fe. And they’re eager to transfer bushels of taxpayer dollars to New Mexico’s politically juiced businesses, industries, unions and ideological crusaders.

Constrained by a 30-day limit, sessions held in even-numbered years are mercifully short. And with few exceptions, lawmakers hew to issues related to revenues and spending.

But a lot of fiscal damage can be done in 720 hours. In an effort to inoculate readers against fact-challenged concepts and phrases sure to be peddled during the session, here’s a debunking of four mega-myths about the state’s expenditures.

1. The annual “budget” is $7 billion. This claim might be the biggest whopper in New Mexico public policy. In the 2018 fiscal year, the state actually spent $19.3 billion. That’s according to the Land of Enchantment’s comprehensive annual financial report. From Pancho Villa State Park to the Miners’ Colfax Medical Center, the New Mexico State Library to the Western New Mexico Correctional Facility, the all-in cost of state government is nearly three times higher than the figure commonly cited.

Why? New Mexico’s green-eyeshade officials consider only expenses covered by tax revenue raised within the state’s boundaries to be “the budget.” Federal largesse — and there’s a lot — isn’t included, nor are “business-type activities,” such as EXPO New Mexico, “the state’s only true multi-use entertainment and events facility.” Creative accounting? You be the judge.

2. New Mexico does not make enough “public investments.” Despite favorable purchasing power, on a per capita basis the state spends more than each of its five neighbors. According to U.S. Census Bureau data, in 2017, Texans “bought” the least amount of state government: $4,142. At $7,594, the Land of Enchantment’s expenditures were 83 percent higher.

But critics of state-only spending are correct to note that Santa Fe sends a great deal of its loot to local entities — thus, a better gauge would include the budgets of villages, towns, cities and counties. Here are the 2017 per capita numbers for that metric:

“Underinvestment”? Not exactly. New Mexico ranks at the top, again. Big Government is alive and well in the Land of Enchantment.

3. The bulk of the budget is spent on education. It’s a close call, but at around $8 billion, the broad category of “health and human services” has a higher price tag than the state’s “public” schools — primary, secondary and tertiary. In the 2018 fiscal year, Medicaid, the healthcare program said to be for “the poor,” cost more than $5 billion.

A few years ago, the Centers for Disease Control and Prevention documented that nationally, 29.1 percent of Medicaid recipients smoked. And a Gallup poll revealed that over “a third of adults on Medicaid are obese,” beneficiaries “are significantly more likely to have high cholesterol,” and — in contrast to the CDC figure — “[o]ver a third … say they smoke.” Why are taxpayers made to support individuals who make health-impairing lifestyle choices? A good question to pose, the next time a legislator scrounges for your vote.

4. The budget pays for vital government services. “Vital” is in the eye of the beholder, but consider three recent findings by the Legislative Finance Committee:

● “Childcare assistance,” a program that “has grown since the early 1990’s to include not only family income support and safety, but also child well-being and school readiness,” has not produced “measurable improvement in educational outcomes.” In the current fiscal year, spending on daycare welfare will be $150 million, almost double the amount for fiscal 2012.

● “New Mexico has long had some of the highest rates of alcohol and drug abuse in the country, and the problem is getting worse. Since 2001, the combined rates of alcohol and drug-related deaths … rose by more than 60 percent.” But you guessed it: Between 2014 and 2018, the revenue spent by the Human Services Department on substance-abuse programs nearly doubled.

New Mexico’s budgeteers are adept at stacking myth upon myth. It’s time for well-informed outsiders to ask them pesky queries about cost and effectiveness.